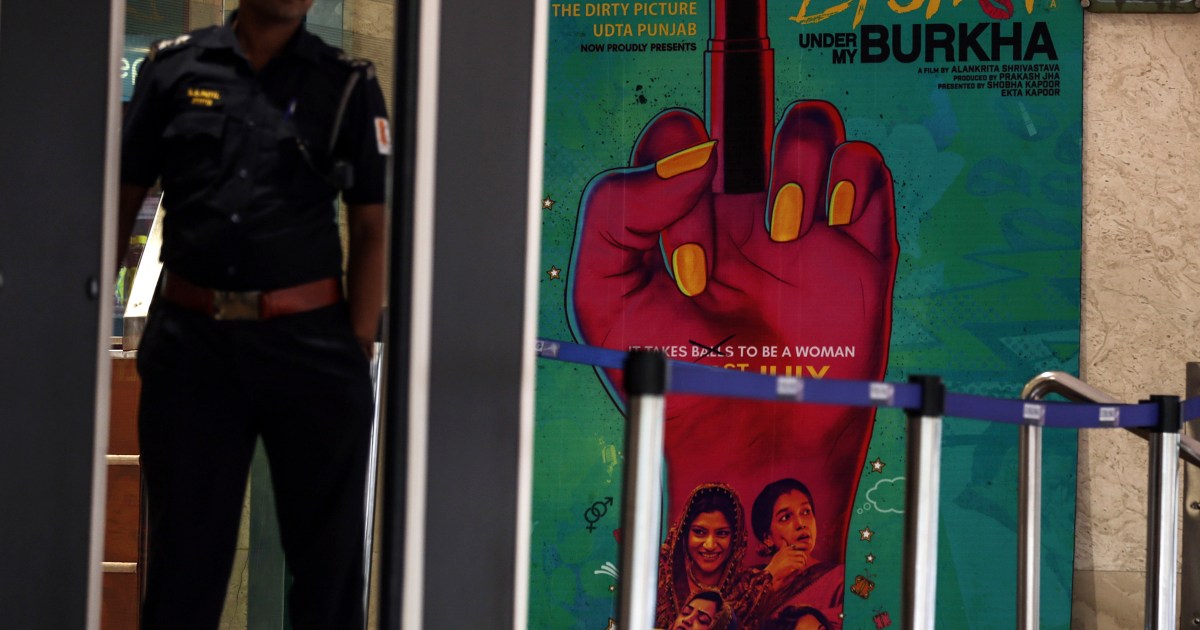 New Delhi, India – Actress Geetika Vidya Ohlyan was in a meeting when her phone rang. It was a message on her college WhatsApp group.

“I saw a message that Vishal [Bhardwaj] sir had called it a sad day for cinema,” Ohlyan told Al Jazeera, referring to the filmmaker’s tweet about the Indian government’s decision to abolish the Film Certification Appellate Tribunal (FCAT).

The FCAT was set up in 1983 by India’s Ministry of Information and Broadcasting to hear appeals by filmmakers aggrieved by the decision of the Central Board of Film Certification (CBFC), a British colonial-era body popularly referred to as the “censor board”.

In India, filmmakers do not self-censor, as in most countries in the West, but have to get a CBFC certificate before releasing their films.

If a filmmaker is unhappy with a certificate given to their film by the CBFC, or by suggested changes in the film proposed by the CBFC, they could approach the FCAT for a re-evaluation.

With its headquarters in the capital, New Delhi, the FCAT was headed by a chairperson and had four other members, including a secretary appointed by the Indian government.

In its order earlier this week, the government said the high court and not the FCAT will now hear the appeals by filmmakers who do not agree with the CBFC’s suggestions or certificates for their films.

The move has made Indian filmmakers, mainly in Mumbai-based Bollywood which mostly produces Hindi language cinema, angry and anxious.

Alankrita Shrivastava, director of feminist film Lipstick Under My Burkha, told Al Jazeera the abolition of FCAT will make filmmakers like her more vulnerable.

“If there is a disagreement with the decision of the censor board, filmmakers will have to go directly to the high court. This may cause long delays, meaning a greater financial burden on filmmakers. It is a setback for artistic freedom.”

In 2017, the CBFC had declined to certify Lipstick Under My Burkha for its “sexual scenes and abusive words”, forcing Shrivastava to call the decision “an assault on women’s rights” and approach the FCAT, which later cleared the film.

Director Devashish Makhija, whose film Ajji was suggested several cuts by the CBFC over “explicit scenes”, said the “few filmmakers who still weren’t self-censoring will now not have anybody to turn to to challenge the censor board’s decisions”.

“And of course, the censor board’s decisions will only keep becoming more and more stifling,” he told Al Jazeera.

“Even though the CBFC is supposed to be an autonomous body, it really is under the control of the information and broadcasting ministry. So, whichever government is in power exerts control over the CBFC,” she told Al Jazeera.

Bhaskar said the CBFC is usually headed by a bureaucrat who “follows the directives of a minister” and that the body has “rarely taken a completely independent position”.

“Back in the day, if pressure was exerted by the government and the CBFC acquiesced, the filmmaker had another option, which was to go to the FCAT,” she said.

Actress Ohlyan said there was a need for less, and not more, censorship, given the many crises India is facing.

“What the government usually wants to censor is exactly what needs to be said out loud, because it contains the criticism of those afraid of an artist’s voice being heard, especially at a time when art is mirroring real life on screen,” she told Al Jazeera.

Defending the government’s move, Teena Sharma, a spokeswoman for the Bharatiya Janata Party (BJP) and a self-proclaimed “censorship activist”, told Al Jazeera the FCAT was “creating a lot of confusion” in the industry.

“I think it’s a well thought-out move by the Information and Broadcasting Ministry,” she said.

But Bhaskar said most filmmakers will now “subconsciously or perhaps even consciously choose to steer away from putting anything even remotely controversial that might lead to a tussle with the CBFC for a certificate”.

“So, it’s obviously curbing freedom of expression, curbing dissent, any kind of questioning,” she said. “The narrative is the same: centralising power, preventing independent inquiries, abolishing any democratic debates that tribunals looked at. It all seems like a part of a broader move to centralise power.”

Filmmakers and experts are also worried about the delay in getting a court to rule in case a dispute arises over a film.

“The government will obviously vouch for the judiciary, but most of us know the practical difficulties of being engaged in a legal battle, don’t we?” asked Bhaskar.

‘He was limp’: Paramedic describes efforts to save George Floyd after he ‘flatlined’