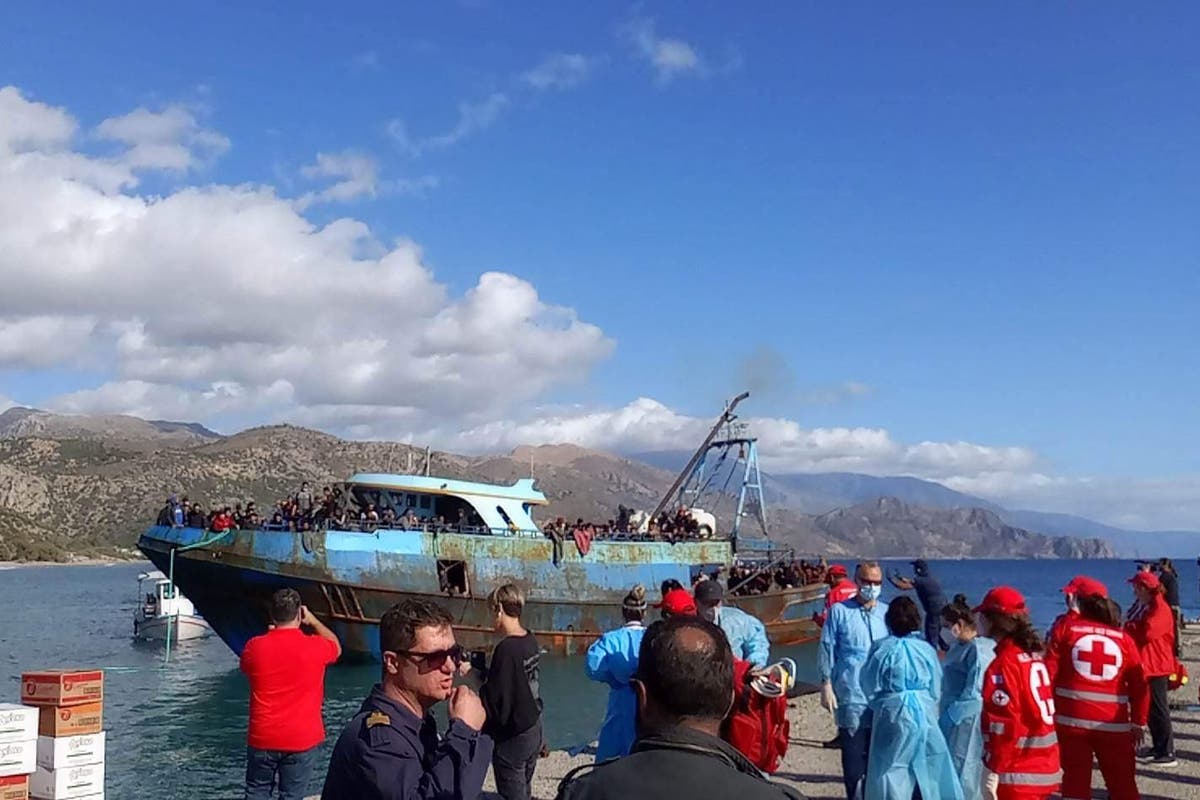 A boat carrying about 400 migrants was rescued following a major operation after it drifted into rough seas off the island of Crete overnight.

The boat was pulled into Palaiochora harbour on Tuesday, A Greek navy frigate, two Italian fishing vessels, a tanker and two cargo ships participated in the rescue operation.

A Greek coastguard said that passengers on the boat had made a distress call to an emergency number during the night to alert authorities.

Strong winds and rough seas in the morning made it difficult for passengers from the stricken vessel to be be transferred immediately, the coastguard added.

It was not immediately known where the boat carrying the migrants had set sail from, what its intended destination was or what the nationalities of those on board were.

Tens of thousands of people fleeing conflict and poverty in the Middle East, Asia and Africa try to make their way into the European Union each year via perilous sea journeys, with most attempting to reach Greece from neighbouring Turkey or taking a longer route to Italy. Others opt to attempt to circumvent Greece in overcrowded sailboats and yachts heading straight to Italy.

Smugglers have changed routes in recent months in an effort to avoid heavily patrolled waters around Greek islands near the Turkish coastline.

Earlier this month, another major search and rescue operation was underway for dozens of people reported missing after the boat they were on capsized and sank in stormy weather overnight off the coast of an island near the Greek capital.

In October, at least 27 people drowned in two separate incidents. In one, 18 people died when a boat that had set sail from Turkey sank off the eastern Aegean island of Lesbos, while in the other, a yacht carrying about 100 people sank in a gale, killing at least nine and leaving six missing.

US secretly tweaked missile launchers given to Ukraine to keep them from attacking inside Russia, report says

Why Ramos replacing Ronaldo made the difference for Portugal

Santos: Ronaldo role to be defined | Neville: His petulance has to stop

Santos: Ronaldo role to be defined | Bruno: I’d be angry if I was dropped