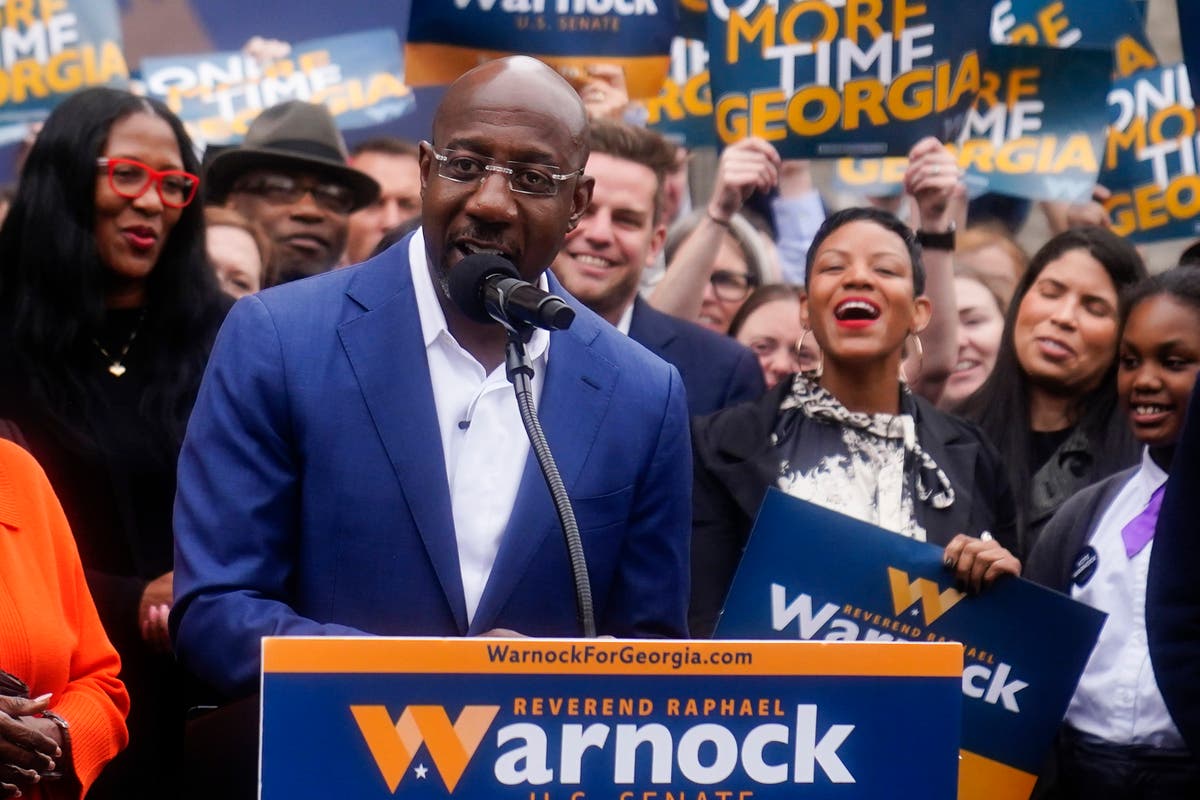 Georgians will be able to cast early in-person ballots on the Saturday after Thanksgiving, an appeals court ruled, marking a small win for Sen Raphael Warnock’s campaign in the lead up to the state’s Senate run-off election.

The Democratic senator is facing off against Republican challenger Herschel Walker on 6 December after neither candidate managed to secure a majority during the 8 November midterms.

Monday’s appeals court ruling left in place a lower court’s order allowing the early in-person voting to take place on 26 November, which would be the only Saturday when it would have been possible for Georgians to cast an early vote in the tight race.

In the appeal, state election officials, led by Republican Secretary of State Brad Raffensperger had argued that voting on 26 November would not be permitted because it violated a Georgia law that prohibits voting on Saturday if there is a state holiday on the Thursday or Friday before.

Democrats and Mr Warnock’s campaign had filed suit challenging Mr Raffensperger’s determination, and on Friday afternoon, a Fulton County judge ruled in their favour by stating that the Georgia Secretary of State cannot prohibit counties from voting on the Saturday after Thanksgiving.

“The Court finds that the absence of the Saturday vote will irreparably harm the Plaintiffs, their members, and constituents, and their preferred runoff candidate,” wrote Judge Thomas A Cox while siding with the state Democratic Party and Sen Warnock’s campaign.

Shortly after that ruling was made, a spokesperson for the state’s secretary of state confirmed that his office intended to appeal the decision.

“We disagree with the court’s order and look forward to a prompt appeal,” said Mike Hassinger, a spokesperson for Raffensperger’s office, on Friday.

With Monday’s appeal upholding Friday’s decision, early in-person voting will now be permitted to go forward on 26 November, marking the only Saturday that people in the state will be able to cast early ballots ahead of the 6 December runoff.

Election officials didn’t have the option of providing early voting on 21 November, since the midterm election was still being certified, while the Saturday after 26 November was also off the table since early voting must end on 2 December.

State-wide early voting must open up on 28 November, but counties had the option of adding in additional dates once the state had certified its 2022 general election results, which occurred on Monday.

In response to his office’s appeal being rejected on Monday, Mr Raffensperger maintained a civil demeanour in his office’s defeat.

“The Court has worked its will. We believe this is something the General Assembly should consider clarifying to avoid confusion in the future,” said Mr Raffensperger, according to CNN. “I hope that election workers are able to enjoy a somewhat restful holiday despite this decision.”

In their successful challenge of the law, attorneys for the Warnock campaign argued that the Georgia state law didn’t apply in relation to this runoff election as it only stipulated that Saturdays after holidays were off limits in cases of primaries and general elections.

Of the state’s 159 counties, at least nine had opened up early voting for in-person voters as of Friday, while a smaller group had begun on 22 and 23, shortly after the 2022 midterm results had been certified.

Goodbye, Kari Lake. And good riddance to all election deniers

Girl, 2, dies after being left in hot car for nine hours when dad ‘forgot to drop her off at nursery’