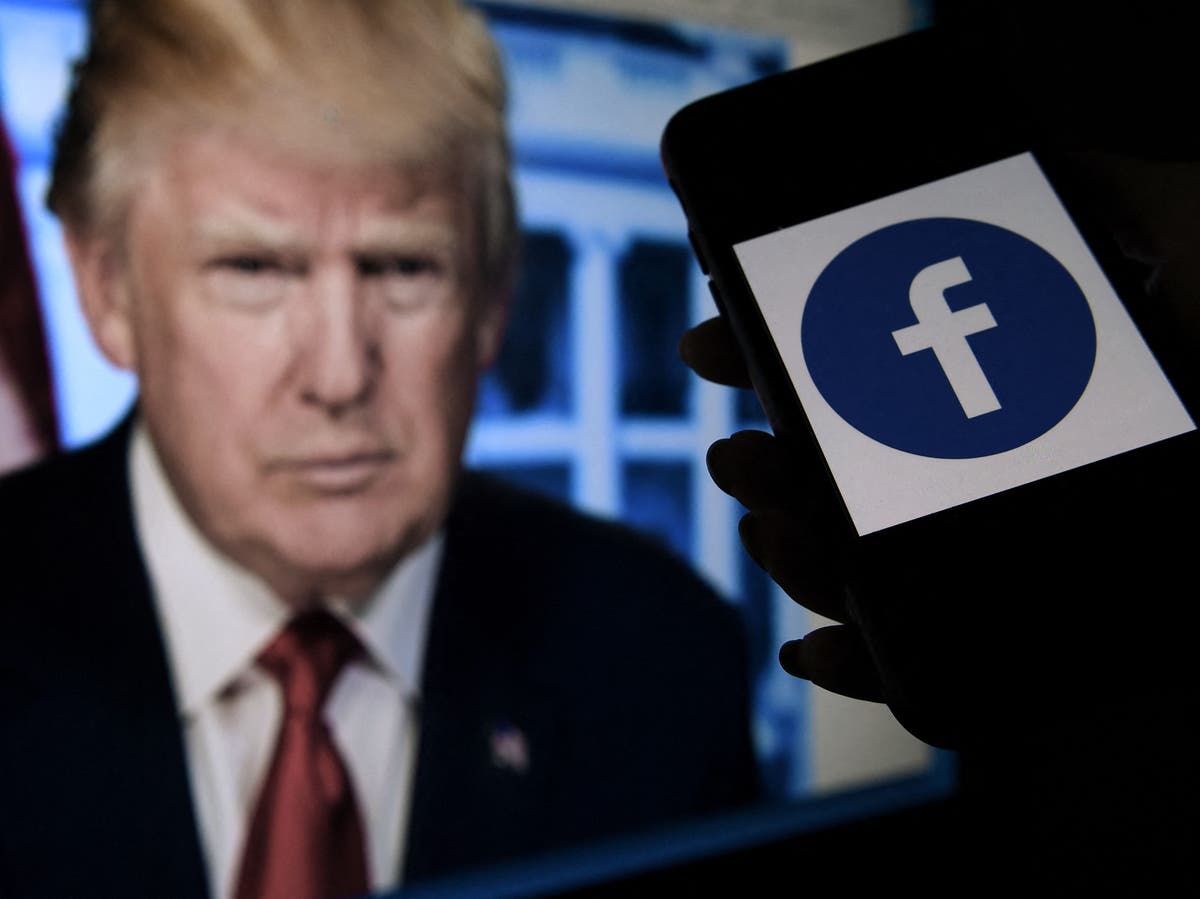 White House vows to ignore Trump if Facebook reinstates him

A decision is expected today over whether Facebook can continue to suspend former US president Donald Trump from the platform.

The Facebook Oversight Board – an independent group that reviews the company’s most complex issues – will either rule the ban can continue or the company has to allow Mr Trump access again in an announcement expected around 9am eastern time (2pm BST).

The former president was banned “indefinitely” by Facebook for posts related to the attack on the US Capitol in January by Trump supporters.

Meanwhile, current president Joe Biden has set a new goal to deliver at least one shot of a coronavirus vaccine to 70 per cent of adult Americans by 4 January.

Ahead of today’s ruling, Donald Trump has launched a “communications platform” months after being banned by most social media sites including Facebook and Twitter.

Online comments regarding the announcement were sarcastically confused – but amused.

Oliver O’Connell has the full story:

When Donald Trump was banned “indefinitely” by Facebook in the wake of January’s US Capitol attack it became the first social media company to meaningfully silence him.

Here is a reminder of how the ban came about:

Facebook Inc oversight board to rule on Trump ban

A decision from Facebook Inc’s oversight board on whether to uphold Donald Trump’s indefinite suspension from the platform is expected later today.

The former US president was barred from a slew of social media platforms following the deadly 6 January storming of the U.S Capitol by his supporters.

The long-awaited ruling will bring the focus back onto how the world’s largest social network decides what world leaders and politicians can and can’t say on their platforms.

It is expected Wednesday morning in America – or early afternoon UK time.

Good morning and welcome to our live coverage of US politics and today’s decision over whether to uphold Donald Trump’s Facebook ban.

Despite business warnings, GOP moves ahead with voting bills