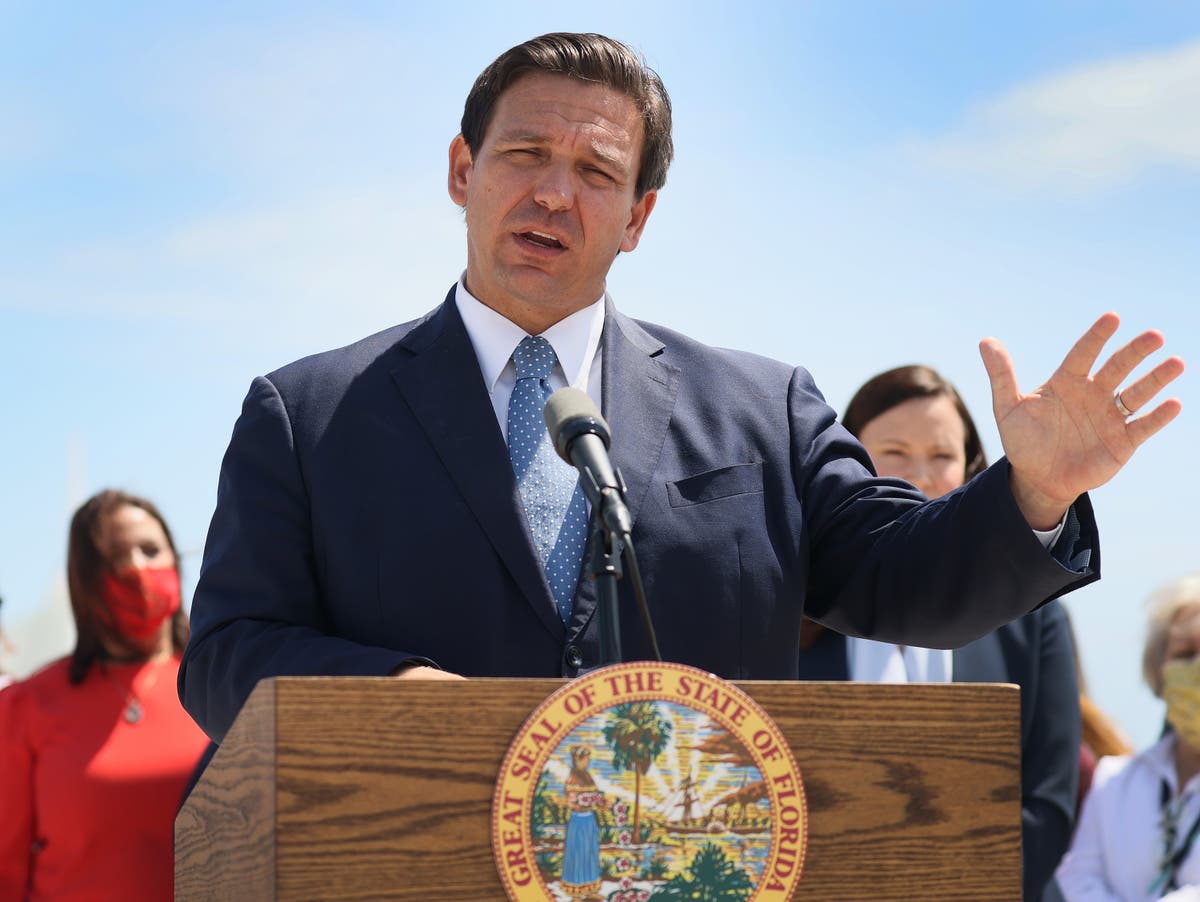 Florida’s Republican governor, Ron DeSantis, has begun a lawsuit against the Biden administration to overturn a no-sailing directive that is depriving his state’s cruise industry of billions of dollars. Mr DeSantis, who has long been a critic of lockdowns and social distancing restrictions, said at a press conference yesterday that “we don’t believe the federal government has the right to mothball a major industry for over a year based on very little evidence and very little data”.

Joe Biden’s sweeping moves yesterday to introduce tighter gun safety regulations have provoked strong reactions on all sides. Gun safety advocates are rejoicing in a president taking actions they’ve demanded for years, while the gun lobby and second amendment advocates are furious both at the actions themselves and that the president has taken them via executive order. Mr Biden says the onus is now on Congress to take more permanent actions.

The trial of Derek Chauvin for the killing of George Floyd yesterday saw an expert witness testify that the drug fentanyl did not play a role in his death, while another explained that Mr Floyd instead “had no oxygen in his body”. He also dismissed an argument from the defence that Mr Floyd might not have died of strangulation because an autopsy found no bruising at his throat.

Expert witness: George Floyd “had no oxygen in his body”

The prosecution witnesses in the trial of Derek Chauvin so far have given devastating testimony, but yesterday saw a particularly stunning blow. Whereas many defenders of Mr Chauvin have claimed that Mr Floyd may have died from some underlying cause, including drug use, forensic medical expert Dr Bill Smock said bluntly that “Mr Floyd died of positional asphyxia, which is a fancy way of saying he died because he had no oxygen in his body.”

“Mr Floyd died from a low level of oxygen,” he said. “It’s like the left side is in a vice. It’s totally being totally pushed in, squeezed in from each side.”

And with a sentence that directly hits a key argument put forward by Mr Chauvin’s defenders: “A healthy person subjected to what Mr Floyd was subjected to would’ve died as a result.”

Based on the intensity of the response to Mr Biden’s six executive orders on gun safety – and indeed, the euphoria and rage that preceded them – we can expect more analysis and argument today. For now, many on the right are focusing on their basic argument that the president is violating the second amendment, something Mr Biden addressed head-on yesterday.

Dismissing that claim as “a phony argument” and “bizarre” given the amendment’s true history, Mr Biden yesterday called gun violence “an epidemic and an international embarrassment”.

Ron DeSantis’s lawsuit against the Biden administration is specifically targeted at saving the cruise industry, but the governor’s announcement of it made clear that he and his administration are taking aim at compulsory public health-focused restrictions in general.

“No federal law authorises the CDC to indefinitely impose a nationwide shutdown of an entire industry,” he said. “This lawsuit is necessary to protect Floridians from the federal government’s overreach and resulting economic harm to our state.”

Welcome to our live coverage of the Biden administration, Capitol Hill, and the whole spectrum of American politics.

What is Travis Rudolph’s net worth?