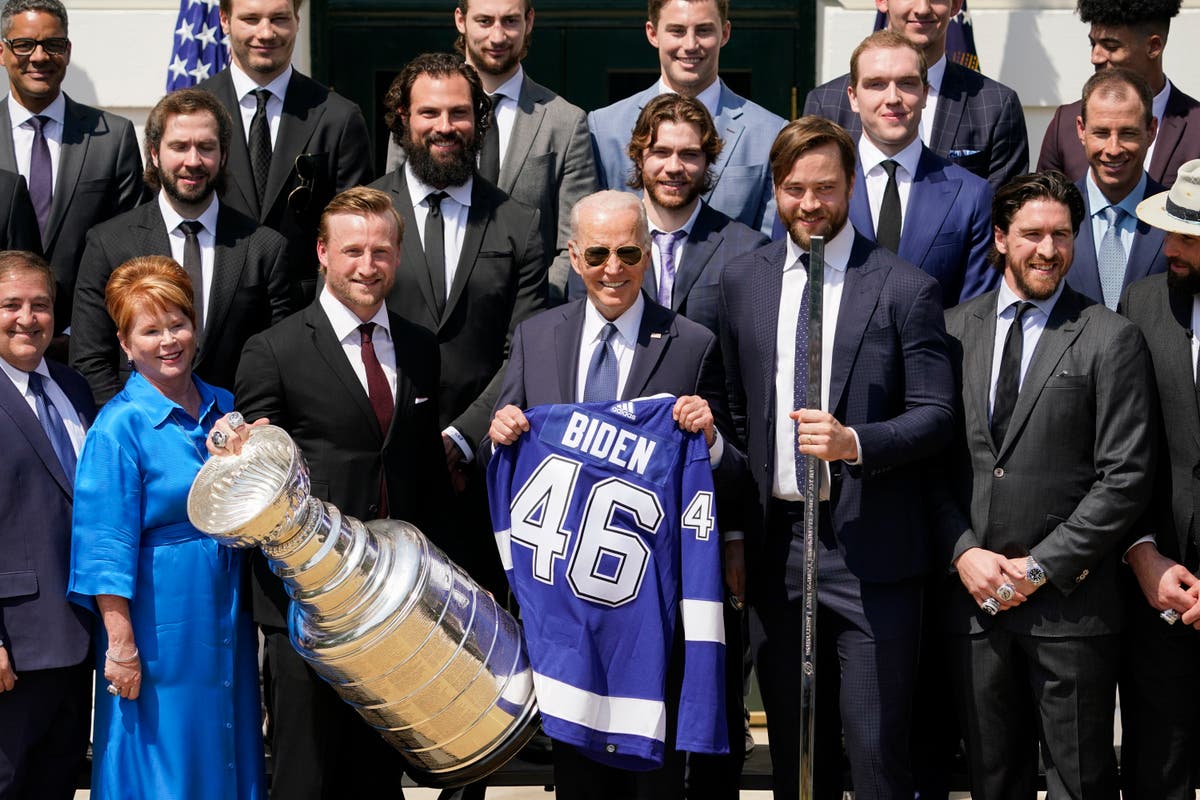 Joe Biden avoided politics Monday while honoring the NHL’s Tampa Bay Lightning for winning the Stanley Cup in each of the past two seasons.

In a rare sports break amid his administration’s response to Russia’s war in Ukraine, the president cracked jokes about captain Steven Stamkos and referenced first lady Jill Biden‘s attendance at a vaccination effort at the Lightning’s home arena last year. Biden made little mention of other players while talking about the team winning one championship in an empty building in a quarantined bubble and another in a packed house at home in Tampa.

Russian players Andrei Vasilevskiy, Nikita Kucherov and Mikhail Sergachev attended the White House and shared photos on social media. There were no noticeable absences and a handful of players from the Lightning’s 2020 championship team who had departed or retired made appearances.

Just for this occasion, the team made a third trip to the nation’s capital in eight months after already visiting the Washington Capitals twice this season. The Lightning flew Sunday night after playing at the Florida Panthers and were set to return home before facing the Columbus Blue Jackets on Tuesday in one of their final games of the regular season before the playoffs begin next week.

Despite the Lightning winning the Stanley Cup three times — in 2004, 2020 and 2021 — it was the organization’s first time visiting a sitting president at the White House. The 2004-05 NHL lockout prevented that year’s team from going, and the pandemic delayed this opportunity until nine months after the second of these back-to-back championships.

Stamkos, who is Canadian, said it was “a long time coming.” He deferred to American Ryan McDonagh, a Minnesota native, to speak on behalf of the team at the ceremony.

His bus has been shot and blown up but this US veteran is still crossing Ukraine, saving lives