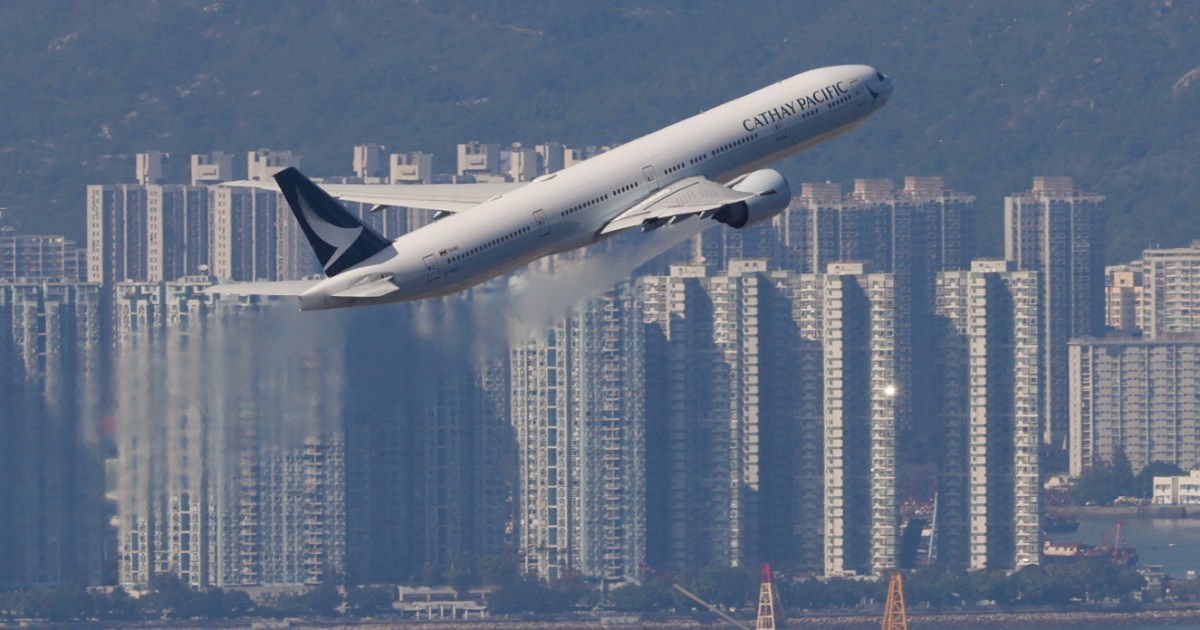 Airline says it will bring back aircraft to Hong Kong to help rebuild city’s hub status.

Cathay Pacific Airways, battered by strict quarantine rules that have led to a 98 percent fall in passenger numbers, is preparing to bring back more planes to rebuild Hong Kong’s hub status as restrictions ease, the airline’s chief executive said.

“We have about one-third of our passenger fleet still parked in the desert, not being utilised,” Cathay Chief Executive Augustus Tang told Reuters on the sidelines of an airline industry gathering in Doha. “We are making preparations for them gradually coming back ahead of the curve.”

Rival Singapore Airlines has seen a surge in demand since Singapore’s quarantine rules eased. It was back at 61 percent of pre-COVID-19 capacity in May, filling 78.2 percent of seats in its best month since the start of the pandemic.

The need for crew members on passenger flights to quarantine in a hotel for three days after flying to destinations outside mainland China means it has few frequencies to offer potential transit passengers.

Tang said it was encouraging that Hong Kong had gradually been reducing the quarantine time required, which once was as high as three weeks for passengers from destinations including the United States and Britain.

“It is moving in the right direction, and the momentum is gathering and so we are pretty optimistic that we are going to see more and more of this opening up,” he said.

Moaning is not part of the female orgasm, new study says