The Hundred launches on on Wednesday with the women’s fixture between Oval Invincibles and Manchester Originals at The Kia Oval; watch live on Sky Sports The Hundred, Sky Sports Mix and the Sky Sports Cricket YouTube channel from 6pm

Fran Wilson grew up calling herself a ‘batsman’ without a second thought. It was simply what everyone said.

But everything will change when the England international plays as a ‘batter’ for Oval Invincibles in the inaugural match of The Hundred – live on Sky Sports The Hundred, Sky Sports Mix, and the Sky Sports Cricket YouTube channel from 6pm, Wednesday.

Organisers of the new 100-ball tournament have made small but significant gender-neutral shifts as part of the competition’s vocabulary, changing ‘batsman’ to ‘batter’ or ‘Man of the Match’ to ‘Hero of the Match’, they hope, will have a widespread, cross-format impact on cricket’s vernacular.

Rob Key believes The Hundred is set to be the most exciting domestic competition ever, as the new format gets underway on Wednesday

“To me, thinking back, it’s strange that it was ever batsmen,” said Wilson. “Like, we’re not men, so why are we batsmen?

“To me, it’s just obvious. It’s a very simple thing to do, but it’s also a difficult thing to do, because everyone is so ingrained in the other stuff.

“It’s very, very important, so I always do it and hopefully it will kind of feed into the general population.” Beth Barrett-Wild, Head of The Hundred’s women’s competition, said the conversation around language started on day one, when the team was mulling over what to name the new event.

She explained: “With the Big Bash League in Australia, you’ve got the BBL and the WBBL. The fact that it’s the Women’s Big Bash league, you’ve just bolted it on. It’s not part and fabric of the competition itself.

“So we made a very conscious decision that it’s just The Hundred.

“I think it’s kind of an evolution, I suppose, as the competition has been designed, but it’s a very natural conversation and you look at it now and it’s really obvious.

“And I think actually one of the things from my perspective and what The Hundred can do in terms of its wider impact within the game is [establish] a philosophy in a way of thinking about cricket.”

Stars from the women’s and men’s game will align for a brand new competition this summer, called The Hundred. It all begins on Wednesday!

The Hundred caused a brief stir in April when it was rumoured ‘wickets’ could be changed to ‘outs’, but that situation, said Barrett-Wild, was “taken a little bit out of context”.

“I don’t think we were ever looking to remove the word ‘wicket’ when we’re talking about the actual playing conditions and the laws of cricket,” she added. “We’ll be reviewing and evolving all the time. That’s the beauty of where we are with The Hundred at the moment.” 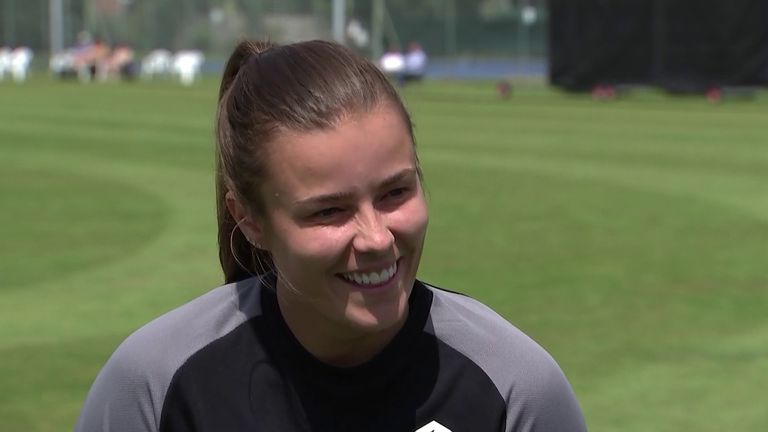 Manchester Originals’ Alex Hartley says she can’t wait to get going ahead of The Hundred – but admits some of the team may need to brush up on the rules before it gets underway!

Fans will not be the only ones adjusting to the new terminology, with players also thinking about how they will keep up.

“There are little niches like third man that [might] stay,” said Issy Wong, the 19-year-old fast-bowling phenom who will turn out for Birmingham Phoenix.

“If you tell me to go to third woman, I’m like ‘where am I going? Where’s the three women?’

“[But] the overpowering message from The Hundred is equal, for everybody. I think the language shift is important, because the last thing we want to do is exclude anyone from our sport. 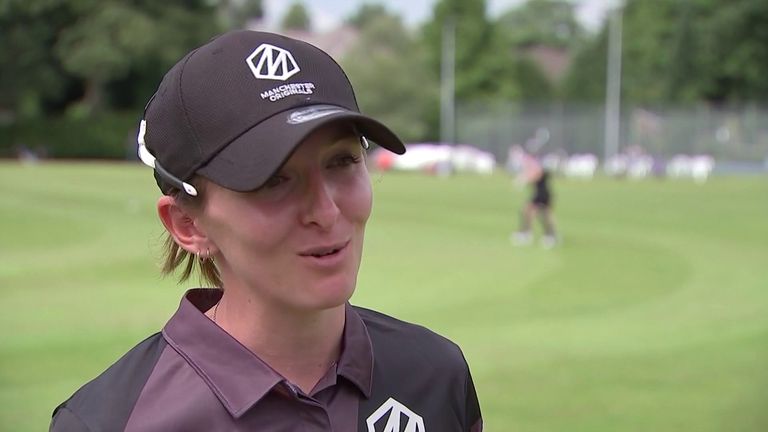 “Cricket is for everyone. It’s the little things we can do to really get that across to people.

“The world is changing. People are going to make mistakes, but as long as it’s going in the right direction, I think that’s really positive.”

You can see and be part of history: show your support and attend the first game of The Hundred on July 21 at The Kia Oval #BeThere. thehundred.com

Sky Sports will show all 68 games live – 34 women’s and 34 men’s – while all women’s matches and a significant number of men’s games will be streamed live on the Sky Cricket YouTube channel.

What does White bring to Arsenal?