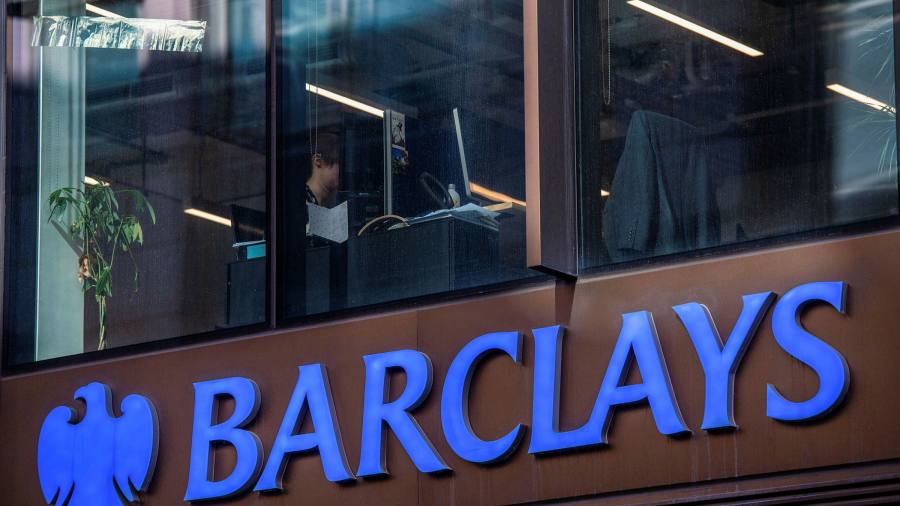 Barclays has suspended all new issuance of its own debt and halted market-making activities for its notes, following a US paperwork error in 2019 that has already delivered a £540mn hit to the bank.

The trading suspension affects securities of the group holding company Barclays Plc as well as Barclays Bank, the internationally-focused unit that runs the investment bank, according to a statement on Friday.

The lender said it “will continue to evaluate the extent to which it can resume market making in any such individual security”. Separately, it also confirmed that it will not be able to issue new debt until it restates so-called 20-F forms — which allow financial institutions to issue structured products to ordinary retail investors up to a certain limit — with the US regulator.

“Certain issuance programmes, including all SEC registered debt, remain on pause until the revised 20-Fs are filed,” the bank told the Financial Times. “Whilst there is a pause in some programmes, we have a healthy and conservative liquidity position, with a group liquidity pool of £320bn and a coverage ratio of 159 per cent.”

Two bank bond investors said they did not expect the hiatus to last long and noted that Barclays’ debt prices were little changed on Friday, but added that the fiasco was embarrassing for the British lender.

“What a mess,” said one of the investors, noting that other trading desks would have to take market share from Barclays in buying and selling its own debt.

The 2019 blunder, in which Barclays exceeded a limit for issuing exchange-traded notes by $15bn, is under investigation by the US Securities and Exchange Commission. The bank said in March that it would have to repay investors at least £450mn, while also indefinitely postponing a £1bn share buyback.

“This amendment will reflect the change in management’s assessment of Barclays’ internal control over financial reporting and KPMG’s auditor attestation thereon as well as its disclosure controls and procedures,” the bank said in the statement on Friday.

Group finance director Anna Cross said at the bank’s results on Thursday that the new 20-F forms would be done as soon as possible, but declined to be more specific on the timing.

The lender took a charge of £540mn in the first quarter related to the blunder. This contributed to an 18 per cent drop in quarterly profit as a series of litigations and misconduct provisions overshadowed a surge in trading revenue at the investment bank.

Barclays’ share price has fallen 24 per cent this year, piling pressure on new chief executive CS Venkatakrishnan who replaced Jes Staley in November, after he resigned amid a probe into his relationship with convicted sex offender Jeffrey Epstein.

Alongside its own debt, Barclays has also suspended sales of another 30 exchange-traded notes until it is able to fix the errors and restate its annual report with US regulatory approval.