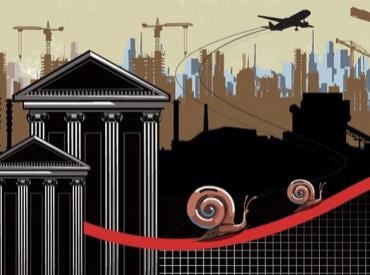 Keeping pace with the economic upturn, bank credit to industry rose by 7.1 per cent (year on year) in FY22 as against a decline of 0.4 per cent in FY21, when the first wave of pandemic devastated the economy.

Rating agency CRISIL in a separate report said Healthy economic activity and budgetary support from the government would lift the bank credit growth by 200-300 basis points to 11-12 per cent in the current fiscal (Fy23). “The biggest difference we expect this fiscal year is the upshift in the corporate credit growth trajectory. We see it doubling to 8-9 per cent”, said Krishnan Sitaraman, Deputy Chief Ratings Officer, CRISIL Ratings.

RBI data showed the infrastructure sector saw a good traction with growth scaling to 9.3 per cent in Fy22 from just 1.6 per cent in previous year. In absolute terms, banks gave Rs 1.01 trillion in loans for infrastructure in Fy22 as against mere Rs 17,787 crore in Fy21. The Union Budget pegs public capex outlay at around Rs 7.5 trillion in 2022-23. This is a significant increase over last fiscal with a sharp focus on public infrastructure.

The Credit growth to services sector accelerated to 8.9 per cent in March 2022 as compared to 3.0 per cent a year ago, mainly due to significant improvement in credit growth to finance companies and robust credit offtake in ‘trade’ and ‘transport operators’.