Babe Ruth secretly penned a handwritten letter to his mistress — behind his wife’s back — nearly 100 years ago … and now the super unique item just sold for a fortune at auction, TMZ Sports has learned.

An undisclosed buyer dropped $201,851 on the letter at SCP Auctions … which was discovered years ago in the scrapbook of Nell Wilson — Ruth’s alleged woman on the side. 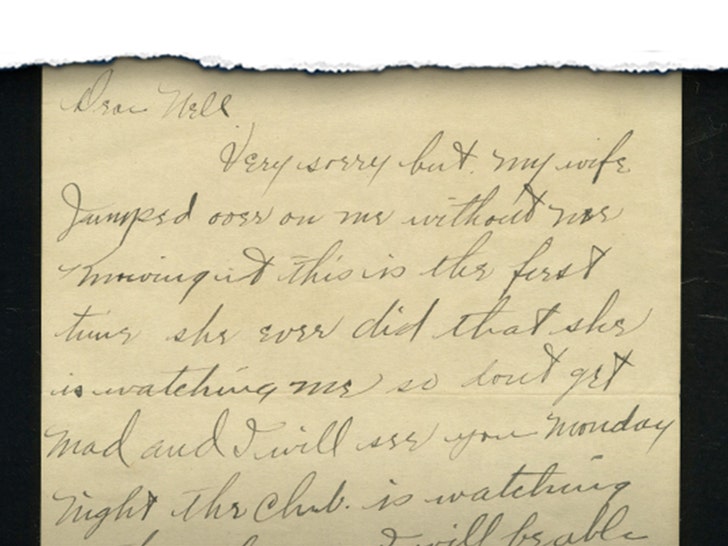 Ruth wrote … “Dear Nell, Very sorry but my wife jumped over on me without me knowing it this is the first time she ever did that she is watching me so don’t get mad and I will see you Monday night.”

Bambino continued … “The club is watching so the only way I will be able to see you all night is for you to stop in at the Aldine Hotel and I can see you. Babe” 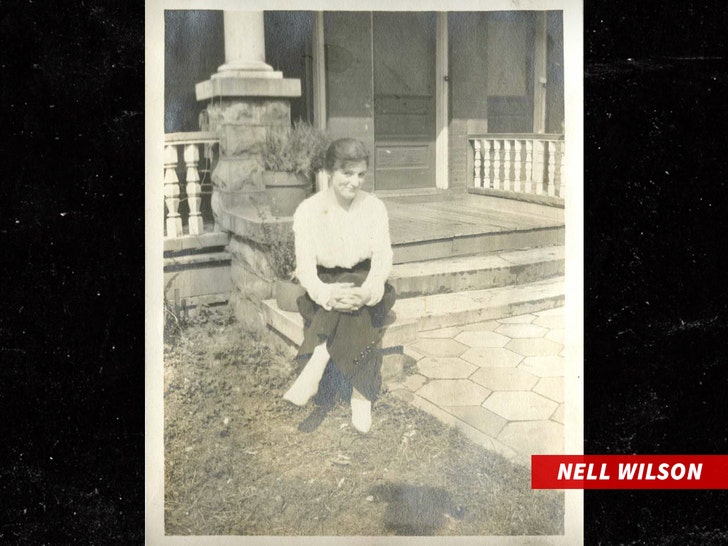 After signing his name, Ruth — the most famous baseball player in the world — terrified of his wife catching him, wrote … “Nell, don’t call me up.”

Ruth married as a 19-year-old in 1914 — tying the knot with Helen Woodford — a waitress he met at a Boston coffee shop during his rookie season with the Red Sox.

Over the years, the Sultan of Swat picked up a reputation as a hard-partying womanizer … which obviously caused serious problems in his relationship.

But, Babe and Helen were devout Catholics … so divorce wasn’t an option

The letter — written around 1922 — shows proper wear on the edges, and contains a signature authenticated by PSA … important for collectors.

The piece originally sold back in 2004 for $86k … but like the rest of the collectibles market, the value exploded!

Ruth’s letter isn’t the only awesome piece of Yankees history that recently sold … SCP unloaded a one-of-a-kind signed photo of the ’27 Bronx Bombers — aka Murderers Row — for $444,031. 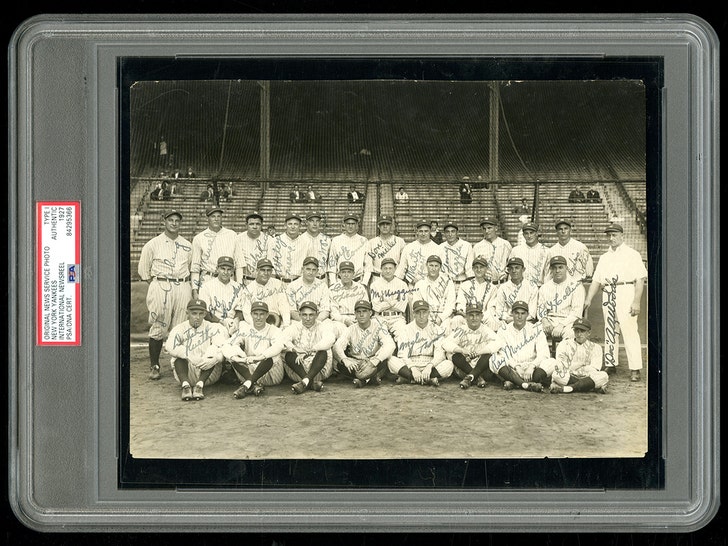 Ask we previously reported, the photo contains sigs from Ruth and Lou Gehrig.

Speaking of “The Iron Horse” … one of the last bats ever used by the dying superstar sold for $715k.

So, go ask grandma if she ever dated a legendary baseball player.

Chris Brown Sued Over Cleaning Lady Getting Bitten by His Dog