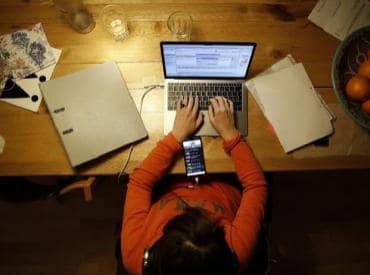 A latest Microsoft survey showed disagreement between workers and bosses on the issue of working from home. 87 per cent of bosses say that the workers worked less efficiently from home compared to the office, and 80 per cent of workers said otherwise, as reported by BBC.

Satya Nadella, Microsoft CEO, and Ryan Roslansky, the LinkedIn boss, said that the working pattern is shifting perhaps in the most significant way in history. Nadella told BBC that the tension between the workers and the managers needs to be resolved.

Currently, most IT firms suffer high attrition rates and are working hard to recruit and retain staff. Microsoft has allowed its employees to work from home up to 50 per cent of the time.

Several Indian companies, including Tata Consultancy Services (TCS), have asked the workers to return to offices. Tesla boss Elon Musk has demanded 40 hours a week in office. He wrote an email to the employees saying, “If you don’t show up, we will assume you have resigned.”

A New York Times (NYT) report in August showed that several companies in the US are “watching” their employees working from home. Eight of the ten largest private US companies reportedly track the productivity metrics of individual workers. A big part of tracking is done in real-time.

Trackers, scores, and “idle” buttons are being used widely to track the performance of the employees. The pauses may lead to penalties in several cases.

The companies that resort to digital surveillance include big names like Amazon, UPS Drivers, and UnitedHealth.

According to the managers, tracking allows the companies to reward industrious employees and root out the ones with lax behaviour.

Several companies also use screenshots and pictures through webcams to track the employees working remotely.

Several workers, according to NYT, have opposed the practice. At the same time, some have said that their productivity has increased since the start of surveillance.

Governments and WHO acted too slowly to stem Covid pandemic, says report

Truss to launch defence review as she calls for Russian reparations