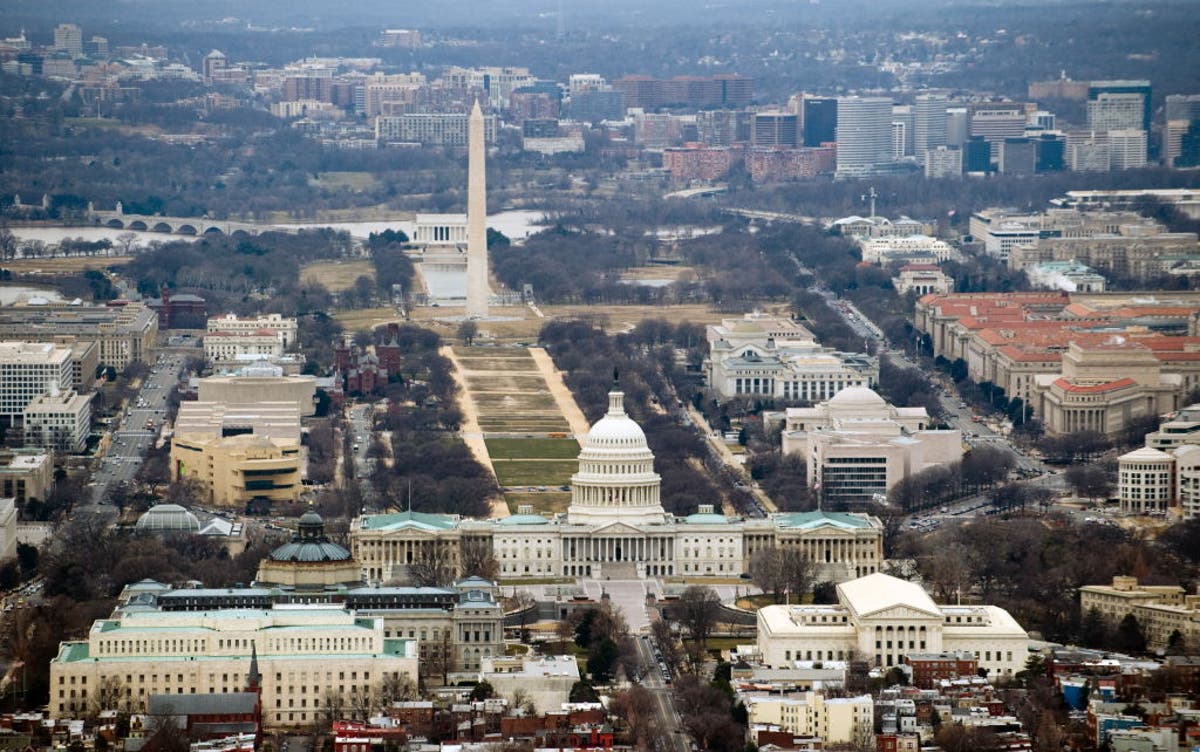 A man was arrested for impersonating police in downtown Washington DC on Tuesday two miles north of the US Capitol, DC police said.

In an arrest report released to news organisations, DC Metropolitan Police (MPD) said that the suspect was in plainclothes but wearing a “police duty belt,” a commemorative MPD badge from the inauguration of former President George W. Bush, as well as chemical spray, handcuffs and a baton.

The suspect was also in an unmarked black Jeep Cherokee and using “red and blue emergency [lights]” that he was flashing at “passing vehicles”, according to the MPD report.

A statement from MPD to The Independent identified the suspect as 58-year-old Barry Newman of southeast Washington DC. He was described as a licensed Special Police Officer (SPO) under DC law, but such individuals are not authorised to conduct law enforcement activity without assignment and there was no indication that he was employed or contracted by any law enforcement agency.

The Washington D.C. SPO program allows individuals to be licensed by the city to carry a weapon in the District; the program applies to people who volunteer or are contracted to work with law enforcement, as well as others in the private sector including security guards. According to the arrest report, Mr Newman did not have documentation stating that he was armed at the time he was questioned by police.

He was held in custody on Tuesday on charges of false impersonation of a police officer as well as possession of a prohibited weapon.

MPD officials did not immediately respond to a request for clarification regarding whether Mr Newman had ever worked with law enforcement in the past.

Acquiring a armed SPO license in the District involves the payment of several hundred dollars in fees and the completion of two courses totaling 40 hours each of firearm training and schooling on DC’s regulations and laws.

The licenses are approved by the DC chief of police. It wasn’t clear from MPD’s report whether Mr Newman was licensed to carry a weapon or had the unarmed SPO designation.

US to declare 23 types of birds, fish and other species extinct