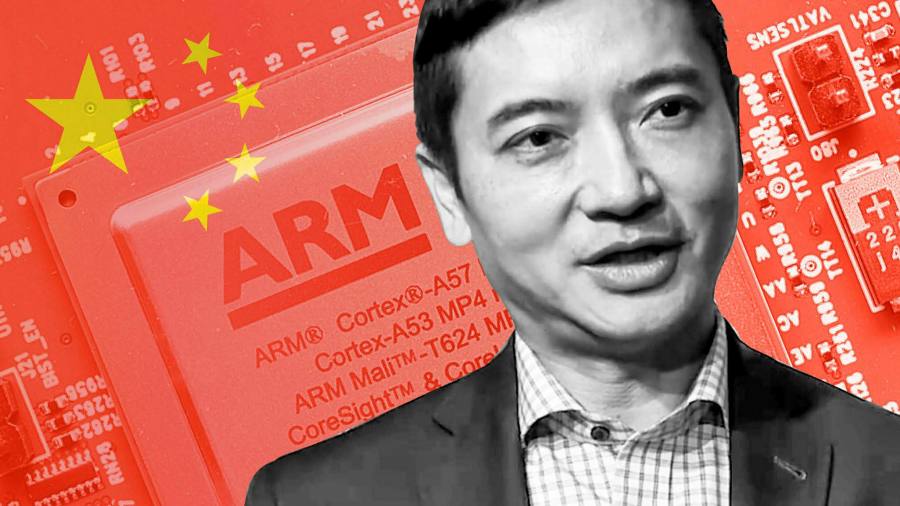 Arm is on the cusp of regaining control of its renegade China joint venture, in a move that would remove a major obstacle for SoftBank’s plan to take the UK chip designer public.

Government business records on Thursday night in Beijing showed that the head of Arm China Allen Wu had been removed from all of his positions at the company, paving the way for a new company “chop” — through which official documents are authorised — to be made.

Taking over in Wu’s place in the key position of legal representative is Liu Renchen, a government adviser and vice-dean of a research institute in the city. Liu along with SoftBank Vision Fund managing partner Eric Chen are set to come in as co-CEOs.

The nearly two year long battle began after the board of Arm China learned Wu had set up a personal investment fund which later invested in its Chinese clients.

Despite a resounding board vote for his removal in June 2020, Wu refused to leave and instead took control of the company by way of possessing the company chop.

The board said Wu had taken the company “hostage” in a shareholder letter seen by the Financial Times. He quickly fired several top executives he deemed loyal to headquarters replacing the head of finance, legal and HR with “unqualified people who are loyal to him,” the letter said.

He even installed his own security team at its Shanghai offices to keep out Arm and Hopu representatives.

The stand-off has dragged on for months as the Chinese government manoeuvred to use the impasse to ensure the country’s continued access to Arm’s chip designs, which are used in nearly every smartphone.

Last month Arm started steps to transfer its shares in the China unit to SoftBank in an attempt to work around the rogue China venture. The tactic appears to have spurred Chinese officials to action for fear of losing Arm’s direct involvement in the venture.

China is a key growth market for Arm and contributes a big chunk of its profits. But Arm has been unable to audit the China unit’s financials, a major hurdle for the IPO. Arm holds a 47.3 per cent stake in Arm China while Chinese investment firm Hopu controls a 36 per cent shareholding.

The dispute was complicated by Wu’s control of a large block of Arm China’s shares, which he “secretly acquir[ed] control” of in 2019, according to the board’s letter.

When the joint venture was set up in 2018, another person’s name was put on the documents and in China it was widely known that the other party was a stand-in for Wu, or a white-glove, but it appears Arm was left unaware.

Wu used the shareholders under his control to launch three separate lawsuits against Arm China, contesting the board’s decision to remove him among other issues.

A court in Shenzhen allowed Wu to be both plaintiff and defendant in the cases, meaning he was essentially suing himself. Still no real hearing was ever held and it was clear intervention from higher level Communist Party officials was needed to resolve the situation.

Wu has battled to remain in charge to the very last minute. In an interview with Chinese media on Thursday, he attacked Arm and SoftBank as foreign shareholders trying to stymie the development of the country’s semiconductor industry, a top priority for Beijing. He said their plans to remove him were illegal.

“SoftBank released false news that it was able to reach a deal with certain officials [for Arm China] to become a foreign controlled entity, this is a clear violation of the law!”, Wu told ijiwei.com, a Chinese chip industry media outlet with state-owned investors.

The article ended with Wu comparing his personal battle with China’s fight against Covid-19. “[It] will keep coming, maybe faster each time, but in the end we will overcome it,” he said.

Arm declined to comment. SoftBank, Arm China and Wu did not immediately respond to requests for comment. A spokesperson for Wu previously said the board’s letter was “clearly biased”.

Johnson tries to regain the initiative with new legislative programme