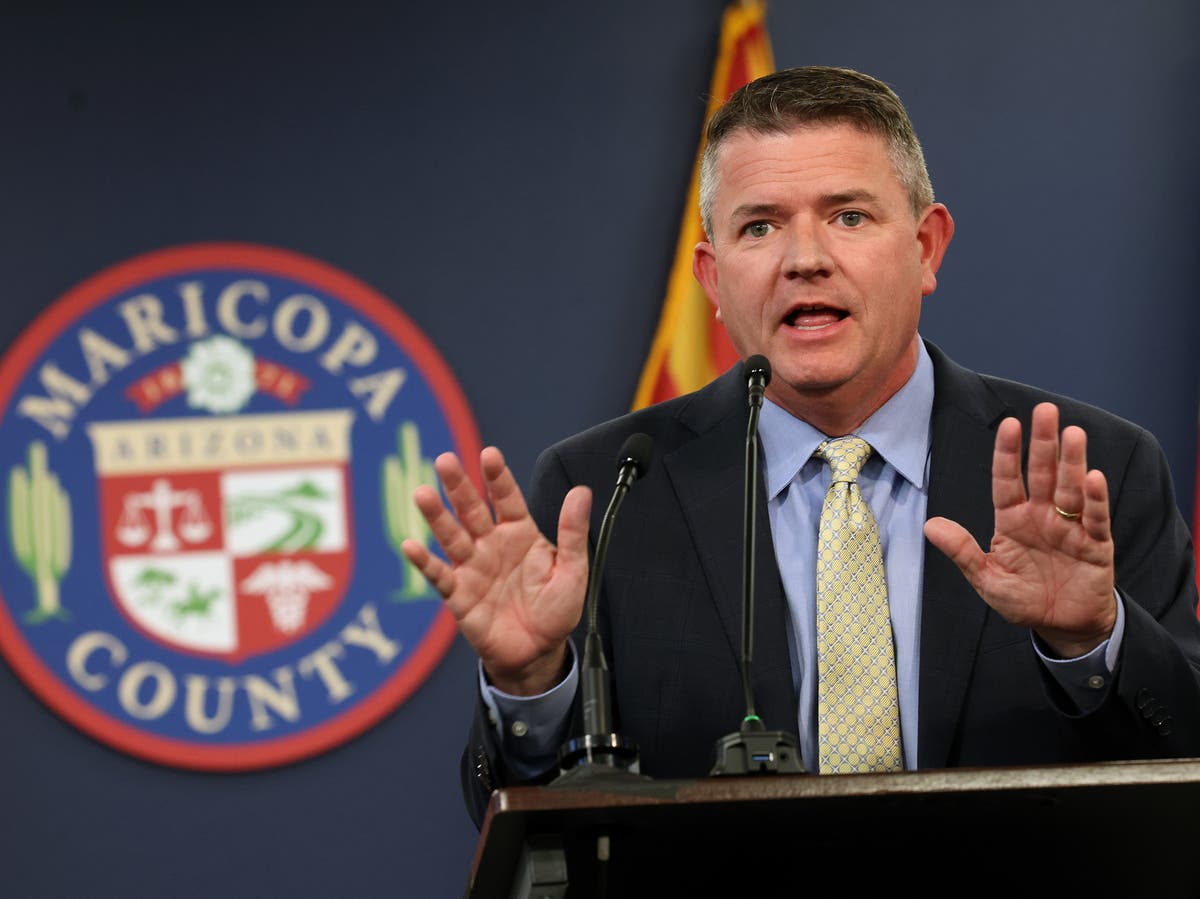 A senior election official in one of Arizona’s most politically important counties has been forced to go into hiding after receiving a string of death threats in the wake of Kari Lake’s defeat.

Bill Gates, who serves as chairman of the Maricopa County Board of Supervisors, has been taken to an undisclosed location and is being safeguarded by a security detail from the area sheriff’s office.

Mr Gates is an outspoken defender of his county’s electoral practices and integrity, pushing back on frenzied conspiracy theories shared among supporters of Donald Trump and the candidates he endorsed.

Arizona’s elections on 8 November saw top Republicans who falsely claim the 2020 election was “stolen” lose their races by slim margins.

Now, several are falsely claiming that fraud and machine tampering were used to keep them out of office.

Chief among the losing deniers is erstwhile gubernatorial candidate Ms Lake, who endeared herself to both Mr Trump and his supporters during her campaign by relentlessly focusing on the debunked myth of a stolen election.

The MAGA Republican lost the race for governor to Democrat Katie Hobbs, but is refusing to concede.

She recently visited Mar-a-Lago to appear at an event with Mr Trump, who this weekend wrongly told an audience that Ms Lake’s election is “not over”.

As ballot counting rumbled on longer in Maricopa County, Mr Gates made an effort to reassure voters that things were proceeding as expected and that problems in the mechanical counting of votes had been addressed.

Since the 2020 election saw Joe Biden win the state for the Democrats, Arizona has become a hotbed of election conspiracy theories.

The most recent election campaign saw many observers worried that armed vigilante groups might intimidate voters in Democratic-leaning areas to prevent them from going to the polls.

In the end, however, the election proceeded without violence. Ms Lake lost her election, as did secretary of state candidate Mark Finchem and US Senate candidate Blake Masters, all of whom were endorsed by Mr Trump.