Apple executives warned it could sustain a hit of up to $8bn in the current quarter from headwinds including supply chain shortages and factory shutdowns in China, underscoring how the challenges posed by the pandemic are far from over for the world’s most valuable company.

“We expect these constraints to be in the range of $4bn to $8bn, which is substantially larger than what we experienced during the March quarter,” he said, adding that “Covid-related disruptions are also having some impact on customer demand in China”.

Apple’s stock, which rose 4.5 per cent in Thursday’s trading session, initially gained 2 per cent in after-hours trading following the company’s earnings report, which showed the iPhone maker’s revenues had risen 9 per cent from a year ago to $97.3bn in the first three months of 2022. That was well above the $94.1bn expected by analysts.

But shares subsequently reversed course to fall more than 4 per cent after the call during which executives detailed the challenges ahead for the company.

“Covid is difficult to predict,” said Tim Cook, Apple chief executive. “And I think we’re doing a reasonable job currently navigating what is a challenging environment.”

The comments highlighted that the tech giant, known for the sophistication of its supply chain, was bracing for a period of prolonged uncertainty this year.

Pre-pandemic, Apple routinely offered quarterly revenue guidance, but it stopped doing so as coronavirus spread. The projected $4bn to $8bn hit for the June quarter compared with a more than $6bn dent in its revenue in the December quarter, and was the starkest warning Apple has offered since February 2020, when it signalled “a slower return to normal conditions than we had anticipated”.

The pessimistic commentary on supply chain woes came after Apple’s March quarter results showed a 6 per cent jump in net profits to $25bn, making it Apple’s third most profitable quarter on record despite not being a holiday period.

Earnings had been lifted in part by record revenue from Apple’s services division, which rose 17 per cent to $19.8bn. The unit includes App Store revenue, iCloud subscriptions and a growing array of digital services for music and entertainment.

Maestri said the fast-growing services division now counted more than 825mn subscribers, up 165mn from a year before.

Total iPhone sales rose 5.5 per cent, bringing in $50.6bn, or 52 per cent of total revenue, confirming that the 5G super cycle of upgrades that began in late 2020 with the iPhone 12 continues.

Mac revenues jumped 15 per cent to $10.4bn. Revenues in wearables, a division including Watch and AirPods, increased 12 per cent to $8.8bn.

iPad sales were disappointing, with revenues slipping 2 per cent to $7.7bn. Maestri cited silicon constraints in the supply chain.

Reports have indicated that Apple has prioritised the chips it has for the iPhone rather than iPad. 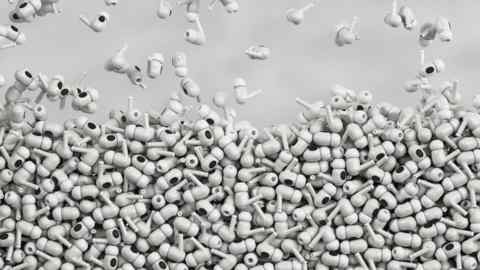 “Although China only grew 3 per cent, we believe it was better than feared amid sharp industry smartphone declines within the region,” said Angelo Zino, analyst at CFRA Research.

Apple’s board also authorised another $90bn of share buybacks and raised its dividend 5 per cent, the 10th straight annual increase, according to Maestri.

Analysts had called the report more important than usual given broad concerns about the health of consumer spending amid higher inflation.

Foreign funds’ share in India equities at 19.5%, lowest since March ’19