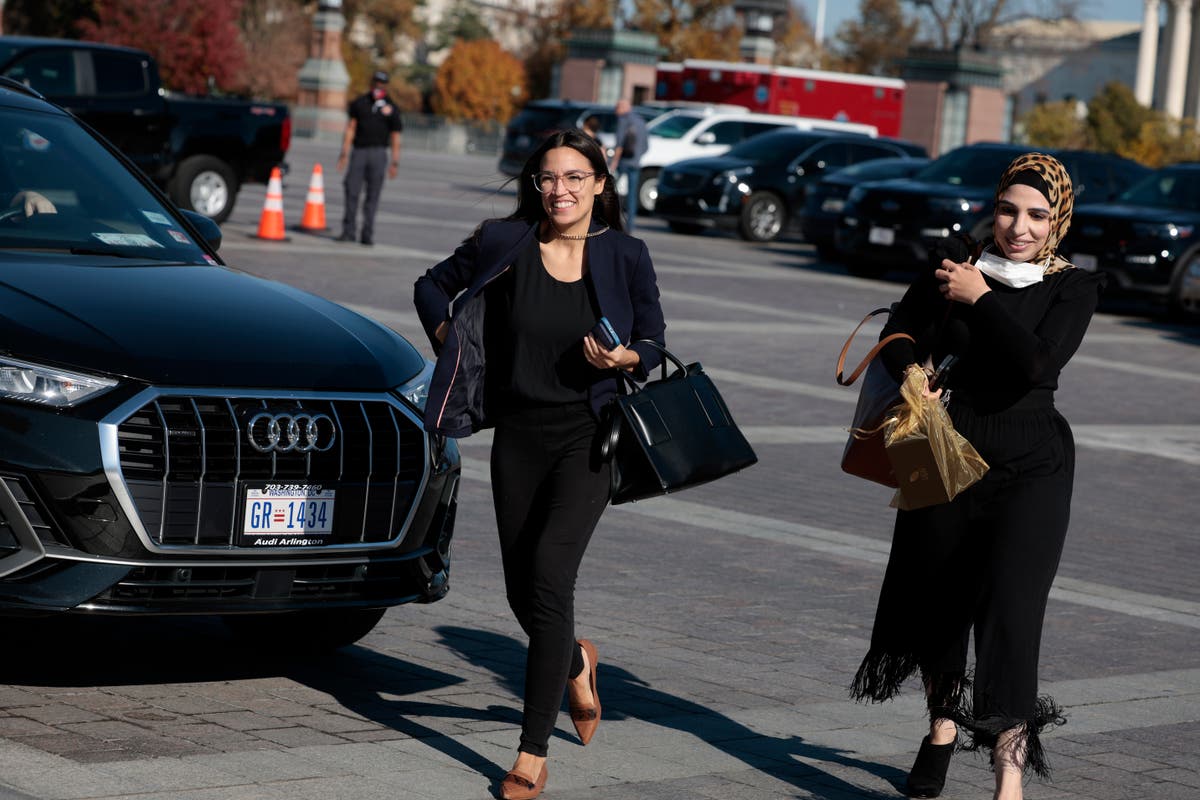 Mr McCarthy delivered a speech for more than eight hours starting on Thursday evening and going into the small hours of Friday morning. The leader of the GOP caucus in the House surpassed House Speaker Nancy Pelosi’s record of eight hours and seven minutes, according to C-SPAN.

Mr McCarthy told The Independent that he gave the speech “Cause I think it’s a terrible bill.”

But Democrats still passed the bill on Friday morning with only one, Rep Jared Golden of Maine, voting against the bill.

Ms Ocasio-Cortez mocked Mr McCarthy for the speech after the vote.

“McCarthy may have been auditioning for his base but he was not auditioning for any of sort of, I think, respect or intellect for this institution when he droned on,” she told reporters on Friday. “I think he wanted to say he did it longer than Nancy Pelosi but if he wanted to outdo, he should have done it in stilettos.”

Earlier this week, Mr McCarthy condemned House Democrats when they censured Rep Paul Gosar of Arizona, a right-wing congressman who tweeted out an anime video of a character with his face killing a monster with Ms Ocasio-Cortez’s face.

Mr McCarthy said on Wednesday that the actions were “unprecedented” and threatened that Democratic members like Reps Ilhan Omar of Minnesota, Maxine Waters of California or House Democratic Caucus Hakeem Jeffries could lose their assignments.