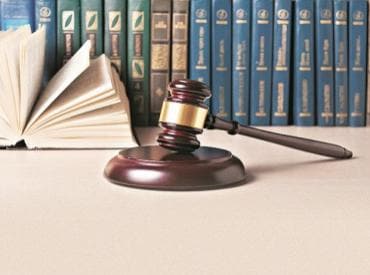 The Karnataka High Court on Friday dismissed the petitions of e-commerce giants Amazon and Flipkart against a probe by the Competition Commission of India (CCI) for alleged violation of competition laws. The verdict will have repercussions for the entire e-commerce industry, with large players likely to face a closer scrutiny from the government, according to legal experts.

The order was pronounced by Justice P S Dinesh Kumar, who dismissed the pleas filed by Amazon Seller Services Pvt Ltd and Flipkart Internet Pvt Ltd. The case had been going on for more than a year now.

Last year, the CCI announced a probe into Amazon and Flipkart following a complaint filed by the Delhi Vyapar Mahasangh (DVM), which represents small and medium business owners in Delhi, accusing the two e-commerce giants of favouring some preferred sellers, hurting small businesses. The two companies had managed to get a stay until now.

When contacted, an Amazon India spokesperson said: “We will review the judgment carefully and then decide on the next steps.” Flipkart did not comment on the issue.

The Confederation of All India Traders (CAIT) welcomed the order. “It fully vindicates the stand of CAIT that Amazon and Flipkart’s business model is entirely based on violating the FDI policy, rules, and other laws. Therefore, without wasting any more time, the CCI should immediately begin its probe,” B C Bhartia, national president, and Praveen Khandelwal, secretary general of CAIT, said in a statement.

Legal experts say e-commerce players in general have exploited loopholes in the law.

“Effectively, the judgment means that the alleged preferential treatment mechanisms and the indirect holding structures adopted by some of the e-commerce players are now exposed to the CCI’s scrutiny, and could lead to heavy fines and penalties if any violations of law are discovered,” said Salman Waris, partner head of TMT and IP practice at Delhi-based TechLegis Advocates & Solicitors.

From an immediate legal point, both Amazon and Flipkart have the option to either go to a two-judge Bench in the high court or the Supreme Court, “but the judge’s decision has paved the way to restart the investigation, which has been on hold for more than a year”.

“In the short term, they may still be able to get interim relief, but in the long term, if the decision goes against them, the e-commerce industry could be badly shaken. There is also a new draft of the upcoming e-commerce policy that stresses e-commerce companies ensure no algorithm bias against any sellers. The policy is likely to be implemented soon, which together with this decision and the CCI probe, could have a long-term impact on the sector, which has already been adversely impacted by the Covid-19 pandemic,” said Waris.

Sonam Chandwani, managing partner at KS Legal & Associates, said: “Amazon’s argument to ward off the CCI probe into alleged violations of competition law was a mere attempt to unscrupulously mislead the ED investigation. This dismissal of pleas is a welcome ruling.”

When asked about the preferential treatment to select sellers, in a recent interaction with Business Standard, Amit Agarwal, senior vice-president and country head, Amazon India, said the right kind of local retailers were already embracing technology and seeing growth.

CAIT and DVM alleged that Amazon had a direct relationship with the seller Cloudtail and was giving it preferential treatment along with another seller, Appario.

Amazon entered into these tie-ups between 2014 and 2017. However, the revised e-commerce laws restricted marketplace platforms’ shareholdings in direct retail suppliers.

Industry executives said Amazon had made these investments within the parameters of the law and it was up to the government to come up with policies to regulate such agreements.

In January this year, the Karnataka High Court started hearing the CCI probe petition again. This is a continuation of the matter after the Supreme Court declined to entertain the CCI’s petition in October and asked the HC to decide the CCI plea for vacating the stay.

In February, the CCI told the high court that the Competition Act was brought in to create a level playing field, and it wanted more players in e-commerce to promote healthy competition and better choices for consumers.

But as Amazon’s legal counsel Gopal Subramanium pointed out that the CCI’s own market study had concluded that even if the online platform had entered into exclusive agreements with sellers, they could not be called anti-competitive. Subramanium, in his earlier arguments, also said that about 756,000 sellers conducted business on Amazon’s platform and all of them could not be preferred sellers. The online retailer promotes competition with its competitive prices, he added.