ANDREW Tate has moaned about prison conditions in a pathetic poem he wrote in his cell at a Romanian hellhole jail.

The disgraced influencer sulked over “cockroaches and lice” while being held in custody following his arrest in December.

The former kickboxing champion, who is facing sex trafficking and abuse charges, shed light on his first 27 days in detention.

The 36-year-old sent a sob story to followers of his website, titled: “My first email from imprisonment”.

The poem read: “They are trying to break me.

“Thrown inside a cell without light. 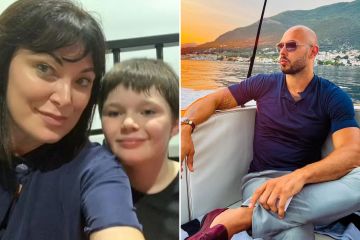 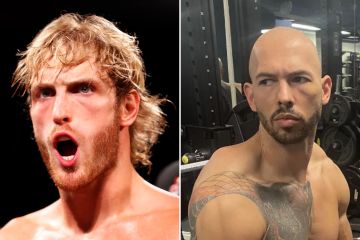 “Cockroaches, lice, and bed bugs are my only friends at night.

“When the guards bring me to and from the courtroom, I stay absolutely respectful.

“They try to pour hatred into my heart.”

The jail Tate is being held at has not been named but previous reports have laid bare the dire living conditions for prisoners in the country.

One carried out by the Council of Europe’s Committee for the Prevention of Torture and Inhuman or Degrading Treatment or Punishment slammed jails in the country.

Under Romanian laws, prisoners are allowed just one hour a day of “outdoor recreation”, which they can use to exercise or read.

The damning report also found most prisoners stay locked up for 23 hours a day in their squalid cells.

The report read: “Material conditions in all the prisons visited were generally poor, with cells dilapidated, lacking equipment (storage space, tables and chairs), and mattresses and bedding worn out and infested with bed bugs and cockroaches.”

His pathetic cries follow a court ruling last week that extended his detention until February 27 as investigations continue.

Tate and his brother were arrested in December after their luxury Romanian mansion was raided by police.

The pair have reportedly been under investigation for the alleged kidnapping of two young women at their villa in the town of Voluntari.

According to a statement from Romania’s Directorate for Investigating Organized Crime and Terrorism (DIICOT), the British-born suspects lured victims using the “loverboy method”.

The men claimed they loved the women and intended to marry them, it is alleged.

DIICOT said the female victims were then taken to buildings in Ilfov County, on Bucharest’s outskirts, where they were “sexually exploited by group members”.

Cops said the suspects used “physical violence and mental coercion” and that victims were forced to perform in pornographic videos for dissemination on social media.

Tate has recently come under fire for his warped views on women and the influence he has on younger men.

The best credit cards for bad credit: How to get approved and improve your credit score