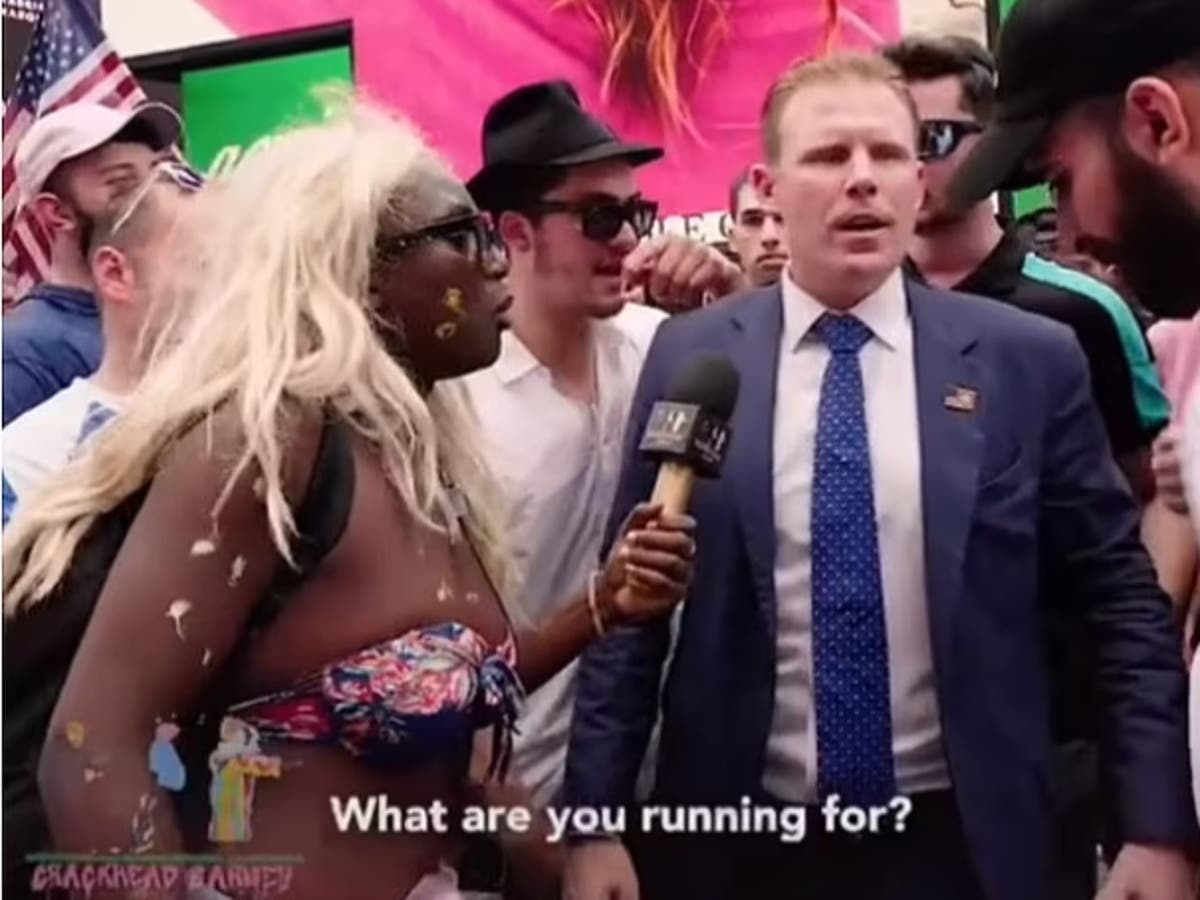 Andrew Giuliani, a New York mayoral candidate and the son of the city’s former mayor Rudy Giuliani, got into an embarrassing spat with a user on TikTok known as “Crackhead Barney.”

Mr Giuliani was campaigning in Times Square when he encountered the TikTok user, who describes himself as running “your favorite anti-fascist show.”

In the video, Crackhead Barney steps up to speak with Mr Giuliani and begins asking him why he was running for mayor.

“Are you gonna be like your daddy,” Crackhead Barney asks.

Mr Giuliani attempted to dodge the question, saying he wanted to “see a New York where you have an Israel that is respected.”

Crackhead Barney then tried to insult Mr Giuliani, telling him “I hate your father, I f****** hate him.”

Mr Giuliani, attempting to remain diplomatic, said “that’s ok,” adding that he believed someone would be “beheaded” for that kind of an insult in Palestine.

The candidate’s entourage was less forgiving of the slight and began shouting down Crackhead Barney, screaming “F*** you” at the TikTok star.

The two then debate back and forth over whether the other has ever actually visited Palestine.

The exchange was the latest in a series of weird comments that Mr Giuliani has made.

Earlier this year, he claimed he had “spent parts of five decades in politics” – despite never having held an elected position and despite being only 35 years old.

He also claimed that coronavirus antibodies were better protection than getting a vaccine, suggesting it is to people’s benefit to contract the virus rather than getting the shot.

According to public health authorities there is no evidence that people who have coronavirus antibodies cannot transmit the virus, and individuals who have had the virus once can get it multiple times.

‘An amazing day for Ireland’: Punters return to pubs for first time in six months as restrictions lifted across country