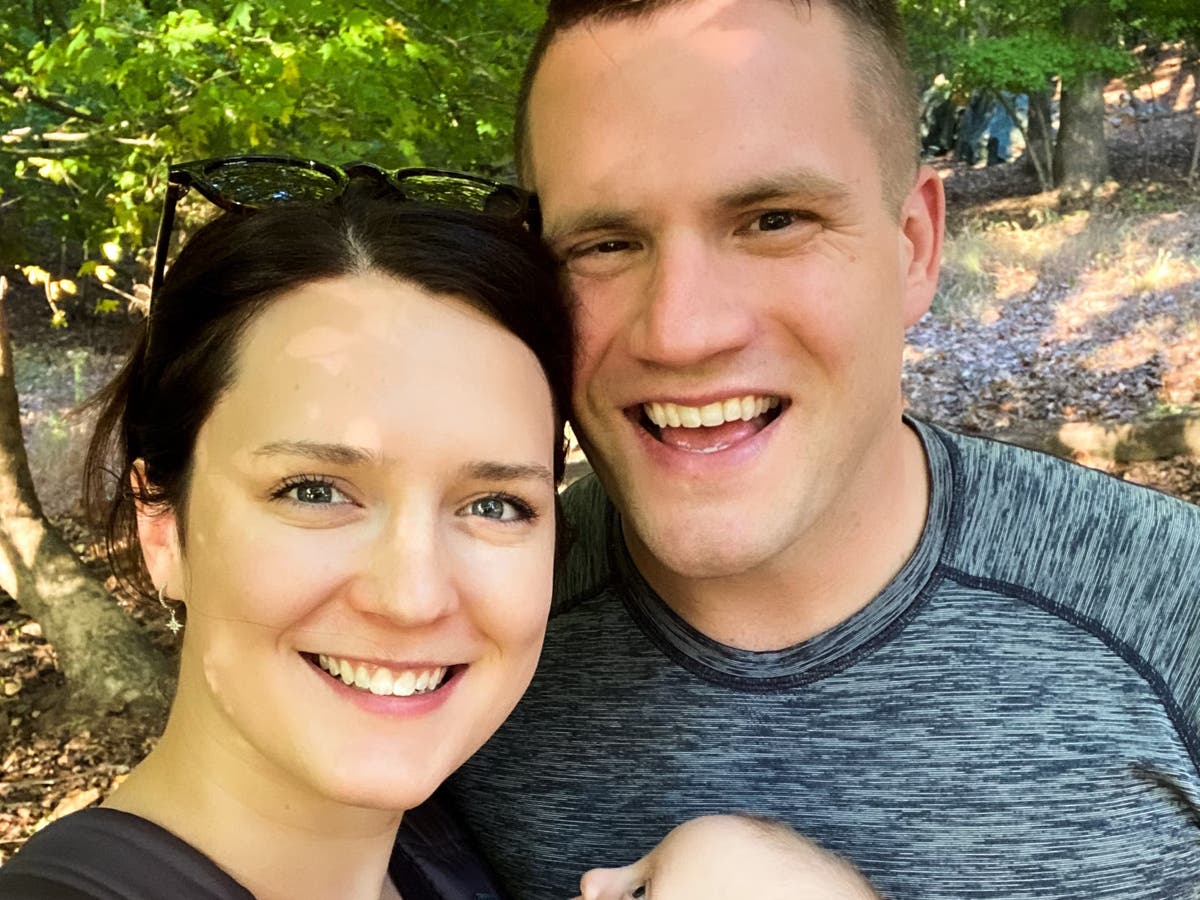 Police in Florida have announced an arrest in the nearly year-old murder case of Microsoft executive and father of four Jared Bridegan.

Mr Bridegan, 33, was shot multiple times from close range after a tire in the road forced him to pull over. He had just dropped his twin daughters off at their mother’s house when he encountered the road block, and was shot immediately after he exited his car.

In the months since, details of Mr Bridegan’s messy divorce and custody battle with his ex-wife, Shanna Gardener-Fernandez, have come to light, though no further developments in the criminal investigation were announced to the public.

However, on Wednesday, police in Jacksonville Beach, Florida, announced an arrest in the case: Henry Tenon, 61, was charged with with conspiracy to commit murder, second-degree murder with a weapon, accessory after the fact to a capital felony, and felony child abuse, all relating to Mr Bridegan’s murder.

But what connection does Mr Tenon have to Mr Bridegan, and why do police believe he did not act alone?

Here’s everything we know about the murder of Mr Bridegan:

On 16 February, 2022, around 8pm, Mr Bridegan was in the Sanctuary neighbourhood in south Jacksonville Beach, where he had just dropped his twin 10-year-old daughters off at his ex-wife’s house after taking them to dinner.

A third daughter, a two-year-old he had with his second wife, was still in his car when Mr Bridegan encountered a tire blocking the one-way road he was travelling on.

He was still approximately two miles away from his ex-wife’s house when he encountered the roadblock. Mr Bridegan stepped out of his vehicle to move the tire, and when he did, he was shot numerous times from close range.

“When officers got on the scene, they found the vehicle with the flashers on, and there was a tire up in front of his vehicle in the roadway,” she told PEOPLE. “From there we are just trying to put the pieces together. There were no problems with his vehicle.”

She said the detective in charge of the investigation believed the shooting was likely targeted.

Security footage captured an image of a blue Ford F-150 made between 2004 and 2008 leaving the area around the time of the shooting, police said. Law enforcement asked for the public’s assistance in identifying and locating the vehicle.

Police have not released a motive in the shooting nor have any suspects been arrested, though that is reportedly set to change on Wednesday, according to police sources speaking with Fox News Digital.

Mr Bridegan’s widow, Kirsten Bridegan, said her husband of four years was loved by “the majority” of people in his life, and said he “had no enemies — for the most part,” according to The Daily Mail.

She told the outlet that she also believed the shooting was targeted.

“For it to be in that area, someone knew what they were doing,” she said. “There are no cameras, there are no houses there. There’s no Ring doorbell. It’s trees and a one-way street.”

When asked about her husband’s relationship with his ex-wife, Ms Bridegan declined to comment, saying it wasn’t the “time or place” to discuss those details.

“Whoever did this, whoever is behind this, is just evil and nasty and I hope we can find them and put them behind bars, if they don’t hurt us or anybody else moving forward,” she said.

Jacksonville Beach Police Department Chief Gene Paul Smith announced an arrest in the case during a press conference on Wednesday.

Melissa Nelson, the State Attorney for the Fourth Judicial District, told reporters that there are other suspects under consideration.

“We know that Henry Tenon did not act alone,” Ms Nelson said during the press conference.

Mr Tenon was arrested on 18 August for possessing a weapon as a felon and driving with a suspended license, both unrelated to the second-degree murder charges. He has prior convictions for burglary, misdemeanour battery, and some traffic offenses.

Authorities did not detail the exact role they believe Mr Tenon played in Mr Bridegan’s death.

Mr Tenon was served with an arrest warrant on Wednesday morning and has since been locked up at the James I. Montgomery Correctional Center.

They said Mr Tenon was living at a home in Jacksonville that was owned by Mario Fernandez, Ms Gardner-Fernandez’s husband at the time of the murder.

Mr Fernandez reportedly purchased the rental property in 2017 and solid it in October 2022, according to investigators. Mr Tenon appears to have rented directly from Mr Fernandez.

Mr Bridegan’s relationship with his ex-wife fell apart in 2014 and 2015, according to Fox News Digital, citing court documents from their divorce filings.

Ms Gardner-Fernandez filed for divorce on 23 February, 2015, according to court records. The couple remained in near constant litigation over the divorce and their children’s custody until his death in 2022.

The court file for the couple’s divorce contains approximately 300 entries, according to The Florida Times-Union.

Ms Gardner-Fernandez told the paper that her ex-husband allegedly engaged in “disturbing and abusive behaviour” such as “regularly interrogating” and recording her children after “actively coaching” them on what to say. She claimed he threatened to use the recordings against her.

He claimed that his ex-wife treated him “in a disparaging manner in front of the children,” and installed surveillance devices in his car and the children’s bedrooms.

She declined to comment on the claims, telling the paper “I don’t see any good in airing our dirty laundry.”

A man claiming to be a fitness trainer who was hired by Mr Bridegan to train Ms Gardner-Fernandez as a Christmas gift told Fox News Digital that he had an affair with the mother of two.

He told the outlet on the condition of anonymity that their professional relationship turned intimate a few months into their training sessions. He claims the couple had been strained at the time and living at opposite sides of their house.

The trainer said that both Mr Bridegan and Ms Gardner-Fernandez were members of the Mormon faith, but that the latter had drifted from the religion while Mr Bridegan was still devout.

He claimed that Mr Bridegan discovered sexual text messages between his then-wife and the trainer on her phone, which caused a significant rift in the couple’s relationship.

Friends of Mr Bridegan speaking to Fox News Digital reportedly said the father was willing to forgive the alleged infidelity for the sake of their children, but claim that Ms Gardner-Fernandez wanted out of the marriage.

Ms Gardner-Fernandez has publicly denied those allegations, according to The Florida Times-Union.

However, the day after the couple’s divorce, she reportedly listed the trainer as her emergency contact when she visited a local tattoo parlour to receive a piercing, according to Fox News Digital, which reviewed the waiver she signed.

A worker at the tattoo shop claims Ms Gardner-Fernandez said she just wanted Mr Bridegan to “shut up” and reportedly asked the staff it they knew “anyone who could shut him up.”

She acknowledged these comments to The Florida Times-Union, saying they were the result of her being in the midst of a messy divorce, and not a threat toward her ex-husband.

A staffer at the elementary school the couple’s twins attended told Fox News Digital that Ms Gardner-Fernandez expressed “disdain” while discussing her ex-husband.

Ms Gardner-Fernandez is the daughter of a wealthy Mormon family from Utah that founded Stampin’ Up!, a multi-million dollar paper craft company.

The couple met while Ms Gardner-Fernandez was visiting Florida, and they married in 2010. They initially lived in Utah, but later moved to Connecticut and then to Florida, as their son had a heart condition requiring he live at sea level, according to The Florida Times-Union.

She told the paper she collapsed on the ground upon learning her ex-husband had been murdered.

After her divorce from Mr Bridegan, Ms Gardner-Fernandez married a man named Mario Fernandez. She has since reportedly moved her family to southeastern Washington state, but her husband did not make the move with her, according to Fox News Digital.

Ms Bridegan told the outlet that she was “shocked” to learn Ms Gardner-Fernandez moved away, claiming her step-children are now “isolated” from her and their half-siblings.

“First, the twins lost their dad, then they were completely cut off from their own sisters, and now they’re being taken away from their school, friends, their sports teams,” she said. “They are so isolated, and that’s what concerns me.”

“It’s been an added loss,” she said. “On top of losing Jared, my children have lost their siblings. I’ve lost my step-kids. I have tried for months and months to make contact and have gotten nowhere.”

The Independent has reached out to Ms Gardner-Fernandez’s criminal defence attorney, Henry Coxe III, for comment.

How China became the world’s leading exporter of combat drones