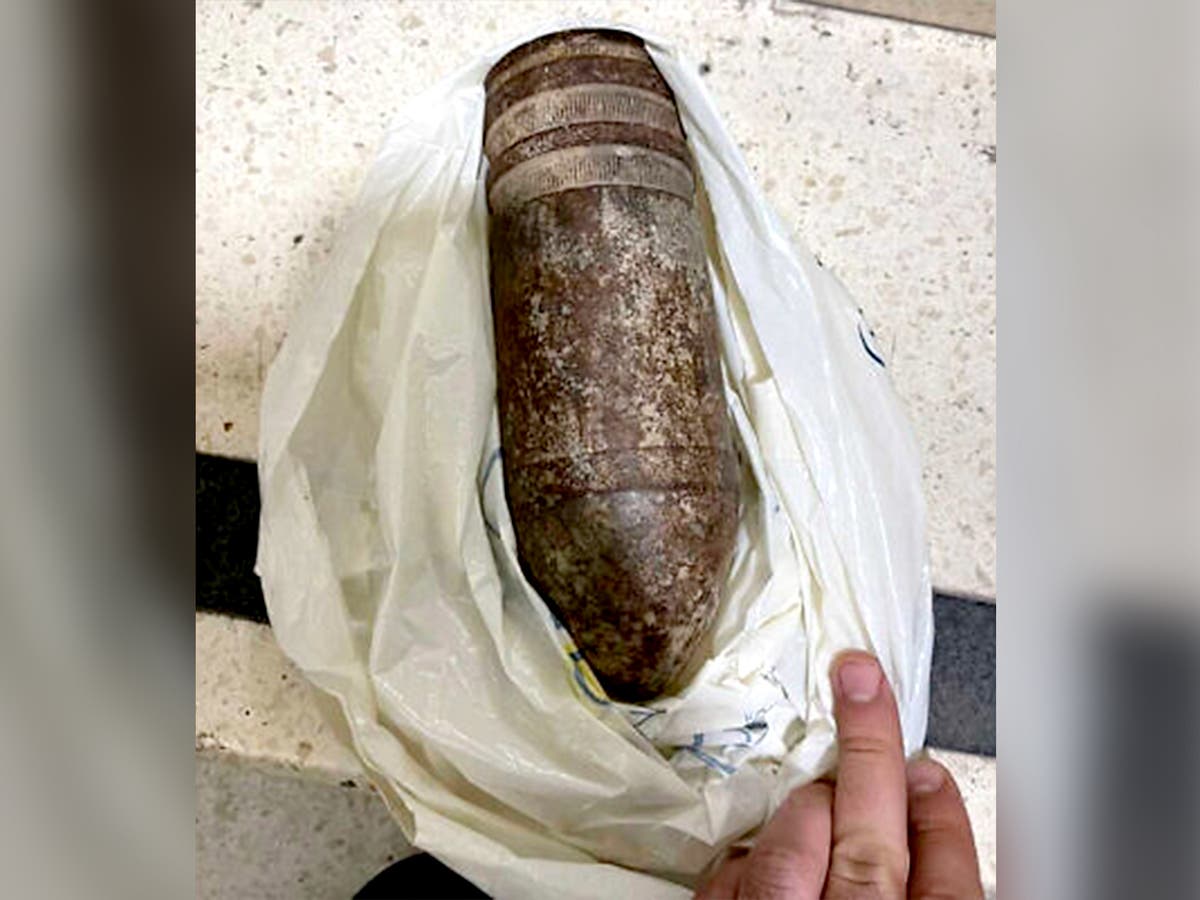 An American family sparked panic at Israel’s main airport when they checked in with an unexploded bomb they had found during their holiday.

Other passengers scattered around Ben Gurion Airport’s departure hall as the family showed security inspectors the shell which they found while visiting the Golan Heights and had packed for their return trip.

Israeli newspaper Yedioth Ahronoth said a security guard ordered an evacuation of the immediate area and that the situation escalated when a nearby passenger started shouting “terrorists shooting”.

The Israel Airports Authority said a man was hospitalised with injuries sustained as he tried to flee over a baggage carousel.

The injured passenger was a 32-year-old man named Uri, according to Yedioth Ahronoth. He was reported to have suffered a rib fracture and pulmonary haemorrhage.

He was quoted by the paper: “My whole body hurts. I do not understand what happened there, there should be protocols for such things instead of creating chaos. I am currently thanking God that the damage is not serious.

“There was a lot of shouting, but I did not know what was there. I just felt I had to run away for my life.”

The Israel Airports Authority said the family was allowed to board their flight after an interrogation by security staff, who gave them the all clear.

Ben Gurion Airport staff are not unfamiliar with bizarre security challenges. In 2019, security guards at Terminal 1 had to chase down and eject a stray mule that had wandered into the building.

Israel, which boasts high levels of aviation security, clashed with Syria over the Golan during the wars of 1967 and 1973.

The Israeli government has an agency dedicated to clearing mines from the Golan and other conflict regions in the country.

One more ‘I do,’ this time in Italy, for Kourtney and Travis