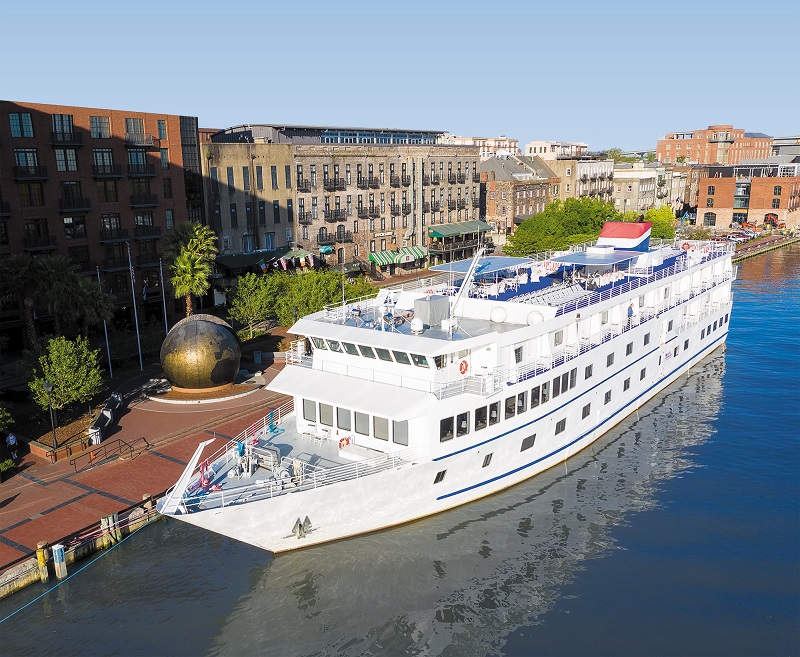 So, if cruisers really can’t wait to sail from U.S. ports right now, where can they head to? In positive news this week, small-ship, American-flagged American Cruise Lines (ACL) reports that it now has six of its 13 vessels back sailing both U.S. coastal waters and on U.S. rivers. It’s currently the only cruise line now sailing along the U.S. East Coast.

While big ships wait for the U.S. Centers for Disease Control and Prevention‘s (CDC) approval, cruise lines operating small ships don’t need that blessing. In addition, many of those lines operate some or all American-flagged vessels, so they can sail between U.S. ports with no issue. They don’t need to make a “foreign port call” on the itinerary to comply with U.S. law for all foreign-flagged vessels.

In an update this week, ACL announced that its 2021 season has begun with the first six of its 13 ships operating from eight different U.S. states. As Travel Agent reported in March, the 100-passenger Independence was the first cruise ship back in U.S. coastal waters, sailing from Florida to destinations in the southeastern U.S.

Currently, both Independence and the 100-passenger American Star are operating week-long “Historic South and Golden Isles” cruises between Amelia Island, FL, and Charleston, SC. Also on the East Coast, the 175-passenger American Constitution is currently sailing in the Chesapeake Bay. One highlight? On ACL’s “American Revolution” itinerary, the coastal ship docks at The Wharf in Washington, D.C., something that hasn’t been done in more than six decades.

“As the only cruise line visiting 30 states, we have taken great care to resume cruises safely in each region by working closely with state and local partners.” said Charles B. Robertson, ACL’s president and CEO. “The popularity of small ship domestic cruising was stronger than ever before the pandemic and 2021 demand is already at new record levels.”

In addition to those cruises already “restarted,” ACL plans to restart other ships, as well:

The 2021 cruises include a regimen of new safety protocols. While the cruise line’s small ships already offer more than 350 square feet per passenger, all the ACL ships are voluntarily operating at reduced capacity to further enhance social distancing. The line’s COVID-19 mitigation practices include COVID-19 testing prior to boarding as well as medical staff sailing on all cruises.

Stats: Cancellation Fees Most Important When Booking a Cruise