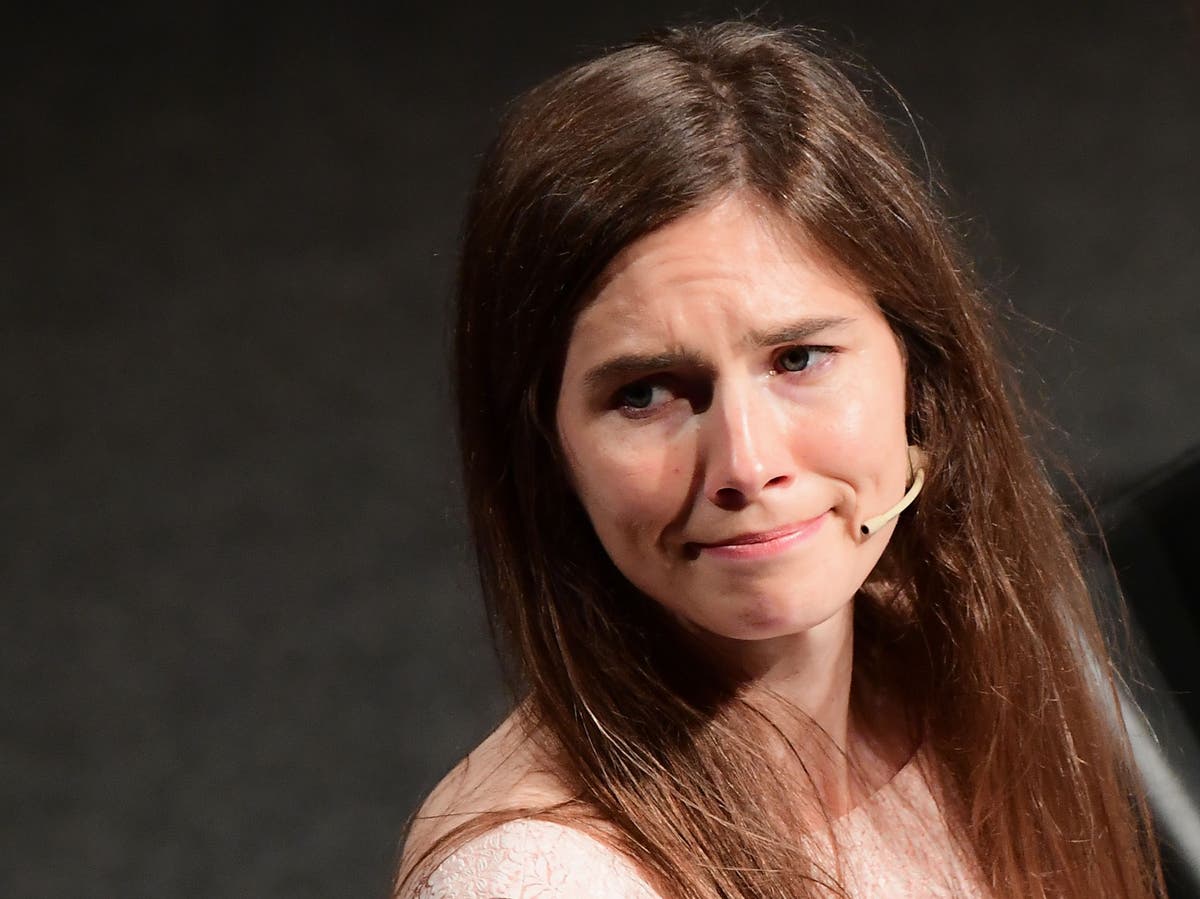 Guede was released from an Italian prison on Tuesday after serving 13 years of a 16-year sentence for the rape and murder of Ms Kercher, 21, in Perugia in November 2007.

Guede blamed Ms Knox for the killing and she was convicted of murder along with her then-boyfriend Raffaele Sollecito, and sentenced to 26 years in prison in 2009 before the conviction was overturned on appeal six years later.

In a lengthy Twitter thread, Ms Knox said Guede holds “tremendous power to heal others harmed by his actions”.

“He has the power to tell the truth, to take responsibility, to stop blaming me for the rape and murder of Meredith Kercher, which a wealth of evidence shows he committed alone.”

The 34-year-old author and activist said she was prepared to forgive Guede “if he showed true remorse” and made amends for his “terrible crimes”.

“Were he to actually acknowledge his responsibility, it would bring closure to the Kercher family, it would end the murky speculation around this case, it would restore my wrongly damaged reputation, and that of Raffaele.

Rudy Guede, the man who killed Meredith Kercher and falsely accused me, just had his sentence reduced yet again. He is now free, and his relationship with the Italian justice system is definitively over. How do you imagine I feel?

“His honesty would also end the slanted media coverage, which endlessly repeats the phrase ‘the only person who remains convicted of killing British student Meredith Kercher’ which is true, but implies that there were multiple responsible parties,” Ms Knox wrote.

“People change. Has Rudy? They say the truth will set you free. Today he’s free, and he has yet to tell the truth, allowing others to continue bearing the burden of his guilt.”

Guede was originally sentenced to 30 years prison after admitting he had cut Ms Kercher’s throat in the Perugia home she shared with Ms Knox.

That sentence was reduced to 16 years on appeal, and in 2020 he was granted permission to leave prison during the day on work release.

At the time, Ms Knox was furious at the decision to allow Guede out of prison while he continued to claim his innocence and blame her for murder.

“I am not upset that Rudy Guede is free. I’m not upset that journalists who continue to vilify me to this day are instead humanising him, quoting his lawyers who claim he is ‘calm and socially well-integrated,’” she wrote in a Medium post.