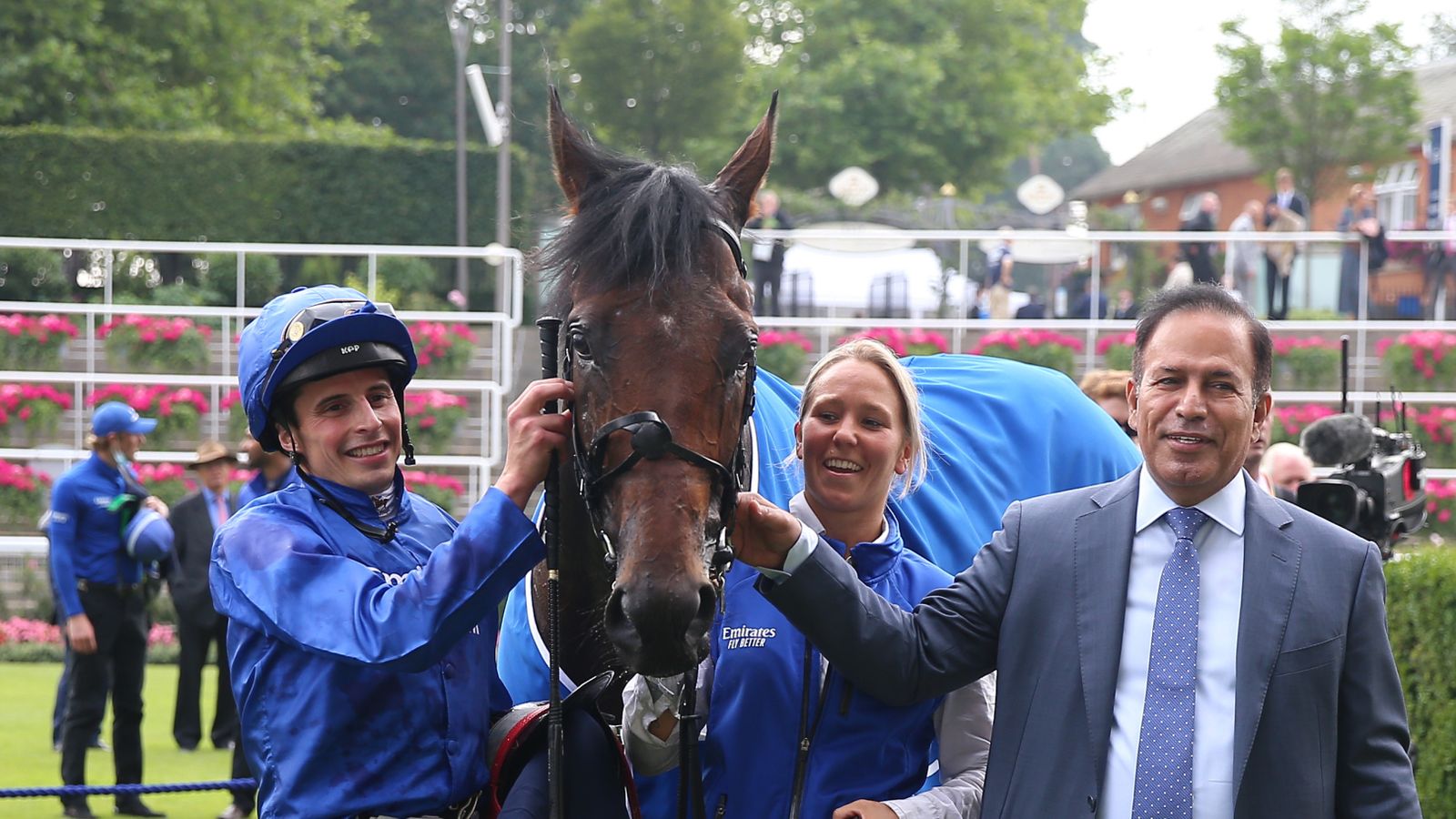 Adayar and Hurricane Lane were both reported in top shape on Sunday by Charlie Appleby, as the Godolphin trainer looks forward to what promises to be a formidable double challenge for the Qatar Prix de l’Arc de Triomphe.

The only stumbling block to Hurricane Lane’s participation in Paris next weekend would be if the ground threatened to become fast.

Appleby said: “I’m very pleased with both horses this morning. As we know, Adayar met with that setback before the Arc trials and missed two pieces of work – which we felt was enough to make us not go to the trials, because as we said before he’s a horse that didn’t need to earn his stripes.

“I didn’t want to be pushing a horse into a trial, having missed two pieces of work going in. Since then he’s done very well – we had a very easy piece of work last Saturday, and the first chance William had to sit on him was on Wednesday of this week.

“All the signs were very good, William was pleased with him – he said he felt great and was fresh on the back of having that easy period. He took him through the gallop very well and picked up well. He came out of that gallop in good order and went back into a nice, routine gallop yesterday morning – more of a stronger pace in the gallop, and he drew up it very well, again ridden by William.

“Again I’d emphasise William was very happy with him. He was happy with him on Wednesday, and that’s why after discussions with him he was the horse he felt he would like to ride in the Arc. William is obviously first jockey, and if that is the horse he chooses to ride then I feel that’s positive going into any race.

“We’re very pleased with the way Adayar is – and most importantly how he has come out of both of those gallops, Wednesday and yesterday.”

While Hurricane Lane went into unchartered waters at Doncaster trip-wise, his trainer feels he has taken his Leger exertions particularly well.

He said: “I felt the St Leger was the easiest of his last three victories. I know the Grand Prix de Paris was very emphatic, but what we’ve seen of him and the figures that we get to see and his general well-being, that’s the race he seems to have come out of the best. He hadn’t done a piece of work until yesterday morning – he’d gone through routine exercise, but that was his first solid piece of work.

“James was in the saddle and couldn’t have been any happier – he moved well and did his usual work. He’s always been a pleasing work horse. He’s not an exciting work horse – neither are really – but it’s just the mannerism in the way they do it, they do it the right way round.

“We’re very pleased with the way he has come out of it this morning as well.”

The Moulton Paddocks handler concluded: “After discussions, we’re very confident if we can have a good week this week that we have two horses going into an Arc in great shape.

“Two exciting horses with two different profiles – and with the way the forecast looks at the moment, it looks as if there’s going to be a bit of rain during the course of the week, and that will suit us.

“The only negative I can give to the participation of Hurricane Lane is if it was to become fast ground. That is a conversation that would have to take place nearer the time.”