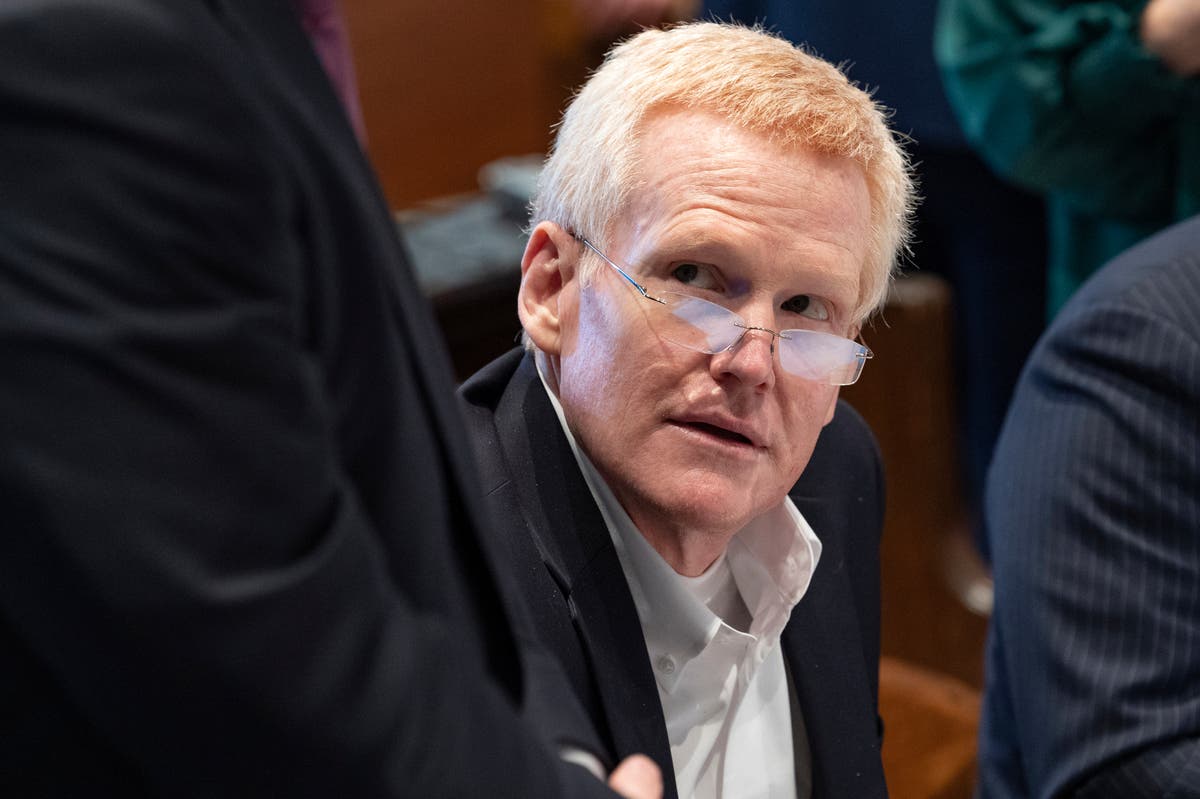 Alex Murdaugh is on trial accused of murdering his son and wife to cover up a yearslong fraud and money laundering scheme in a case that has gripped South Carolina.

More than a year later, Mr Murdaugh, 54, was charged with their murder and has pleaded not guilty. Opening arguments will begin on Wednesday after the final jury was seated.

The trial marks a spectacular fall from grace for Mr Murdaugh, who was until recently a powerful attorney and came from three generations of district attorneys who reigned over South Carolina’s Lowcountry.

He has since been disbarred, and in a separate criminal case faces more than 100 charges for an alleged $9m tax evasion scheme.

In pre-trial arguments, prosecutors said they wanted to show the jury evidence of the other crimes Mr Murdaugh is charged with.

DNA would also link him to the scene, but they key piece of evidence was cellphone data.

He said this was the gun that Alex Murdaugh used to kill his wife Maggie. He allegedly used a shotgun to kill his son.

Mr Waters tells the jury that cell phone data will prove that Alex Murdaugh was at the family’s sprawling hunting farm in Colleton County on 7 June 2021, the night Paul and Maggie died.

“He was there just minutes before with Maggie and Paul before their cellphone went silent… despite what he told people, their cell phones will tell us otherwise.”

‘Catastrophic damage to his brain’

Prosecutor Creighton Waters begins by telling the jury that the evidence is going to show that Alex Murdaugh alone shot his son Paul and wife Maggie.

He then picked up an AR-style rifle and opened fire on his wife Maggie just feet away.

“Pow pow, two shots to the abdomen and the leg and took her down,” Mr Waters said.

“They didn’t see a threat coming from their attacker. They were shot at close range and they did not have defensive wounds.”

Judge is addressing the jury

Circuit Judge Clifton Newman has begun addressing the jury on the trial process, the meaning of beyond reasonable doubt, and on the importance of not discussing the case with anyone outside of the courtroom.

This is all standard procedure ahead of the opening arguments, which should get underway shortly.

According to Fits News, opening arguments in the Alex Murdaugh murder trial have been delayed while court staff deal with technical issues.

“Court staff are dealing with some logistical issues inside the courtroom as equipment is being adjusted to ensure that defense attorneys – and Alex Murdaugh – can have a line of sight to all twelve members of the jury,” Fits News tweeted.

Buster Murdaugh is on a list of potential defense witnesses

All three are on a list of potential defense witnesses.

Buster Murdaugh has largely kept out of the public eye since his brother and mother were murdered in June 2021.

Opening arguments are due to begin in just under 20 minutes.

Appearing for the South Carolina Attorney General’s Office is likely to be lead prosecutor Creighton Waters.

A judge will decide on a case-by-case basis how much the jury will learn about Alex Murdaugh’s financial crimes.

Prosecutors had sought to present “voluminous evidence of Murdaugh’s bad behaviour and the numerous crimes”, the Associated Press reports.

They argue that Mr Murdaugh killed his wife and son to prevent his other crimes from being uncovered.

The AP reports that Circuit Judge Clifton Newman told the attorneys Tuesday that he will make a ruling on what to include as it arises and outside the jury’s presence.