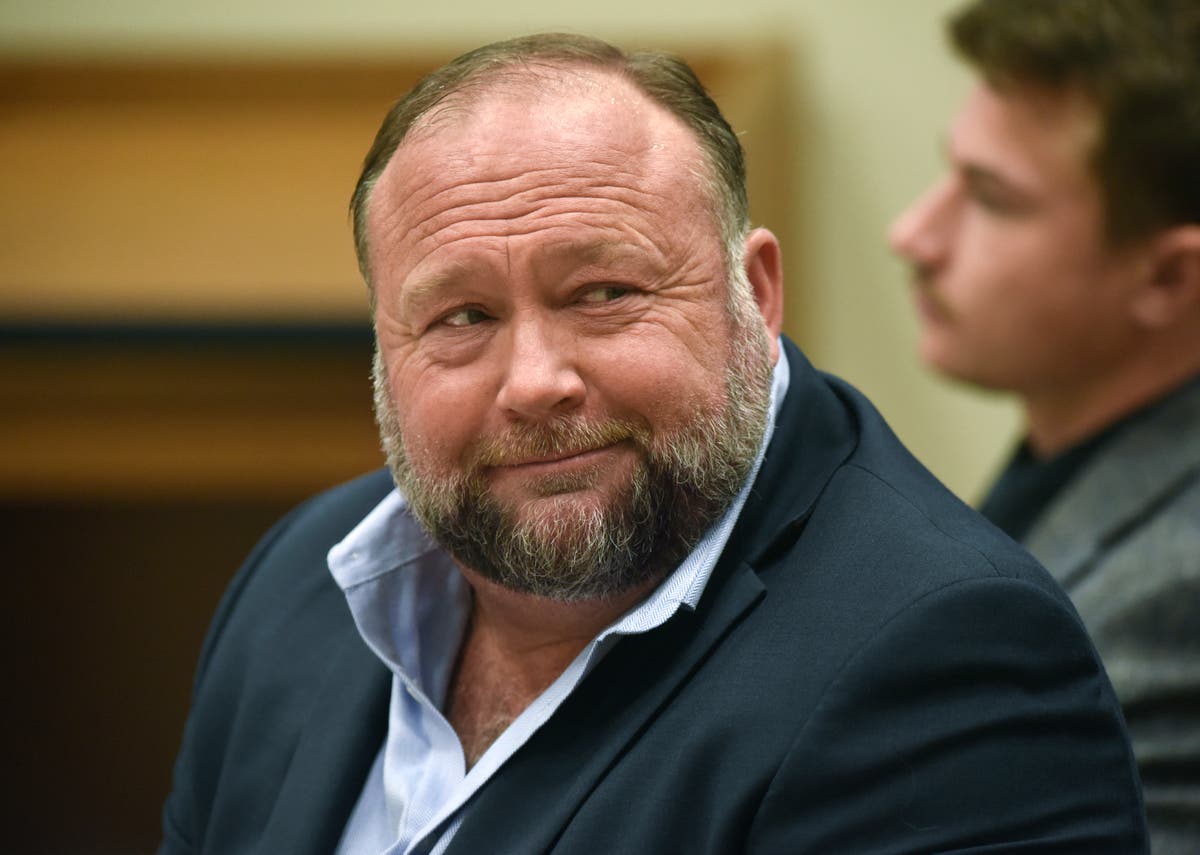 Alex Jones moved millions of dollars from his media company to firms controlled by him or his family members, possibly removing the funds from the purview of damages ordered by the courts, records reveal according to The Washington Post.

The InfoWars founder and far-right conspiracy theorist had been sued by parents of children murdered in the 2012 school shooting at Sandy Hook elementary school in Connecticut.

Mr Jones made repeated claims that the shooting was a hoax and some of his viewers harassed and sent threats to families who had lost children.

In the summer of 2020, two of the lawsuits against him and his company weren’t going in his favour.

That’s when he started moving millions out of his company Free Speech Systems as the likelihood that he’d be liable for damages increased, The Post reported.

From August 2020 until November of the following year, Free Speech Systems issued promissory notes to the tune of $55m to pay for what it claimed were previous debts to PQPR Holdings, a company that Mr Jones owns alongside his parents.

The company, which is operated by Mr Jones’s father, a dentist, had bought tens of millions worth of supplements that were then sold on the show broadcast by Mr Jones.

An attorney representing Free Speech Systems has said in court that the debts grew without being noticed because of poor bookkeeping.

Mr Jones started paying his personal trainer $100,000 a week this year for help shipping the supplements as well as other merchandise, a lawyer for the company said in court.

Records reveal that a firm operated by Mr Jones’s sister was paid $240,000 while being registered as a “supplier or vendor”.

Mr Jones has been ordered to pay the Sandy Hook families almost $1.5bn in damages. The InfoWars host has said on his show that he plans on appealing the verdict.

Court documents say that an accountant employed by Mr Jones calculated that the company owed $79m at the end of May with $14m in assets.

This means that the Sandy Hook families could be competing with other creditors, such as companies linked to Mr Jones, to gather what they’re owed.

Which creditors will be paid and in what amounts will be decided by the bankruptcy court, according to The Post. The court is also reviewing if the transactions with PQPR and others are valid.

PQPR lawyers have argued that the company should be paid ahead of any unsecured creditors, such as the Sandy Hook families.

Lawyers representing the Sandy Hook families have argued that PQPR is “not actually an independent business” and that Mr Jones has gone through with fraudulent transactions to protect his money.

The attorneys have argued in bankruptcy court that Mr Jones only started to remove money from Free Speech Systems after his legal woes increased.

Sandy Hook lawyer Avi Moshenberg told The Post that “in the middle of this lawsuit, they started documenting debts that had no evidence of existing beforehand”.

“We, the U.S. Trustee, we do have concerns with the underlying transaction,” lawyer Ha Nguyen said in court.

The job of the Department of Justice trustee is to monitor the integrity of the process.

Mr Jones and his father have said in court that PQPR was started in 2013 for the purpose of liability protection when Mr Jones entered the supplement industry.

The accountant working for Mr Jones said in bankruptcy court that PQPR was a real business that worked with Mr Jones’s main firm in “setting up supply chains, obtaining required governmental certifications, negotiating with vendors, procuring and paying for product, and overhead”.

Free Speech Systems lawyer Raymond Battaglia has argued that InfoWars grew fast as a brand and that even as millions of dollars were made, “appropriate management and accounting controls” were never instituted, missing the debt accrued to PQPR.

“This is kind of like the garage band that became the boy band overnight, and had his girlfriend running the books, and the head roadie being the business manager,” the lawyer said in August.

Bankruptcy experts have said that the structure of the companies is not unusual and that the companies not having any staff members doesn’t mean they’re not legitimate businesses.

University of Texas bankruptcy law professor Jay Westbrook told The Post that “at the end the of the day, the question is whether these are valid payments”.

According to the paper, the financial moves mimic the actions taken by Mr Jones during his divorce.