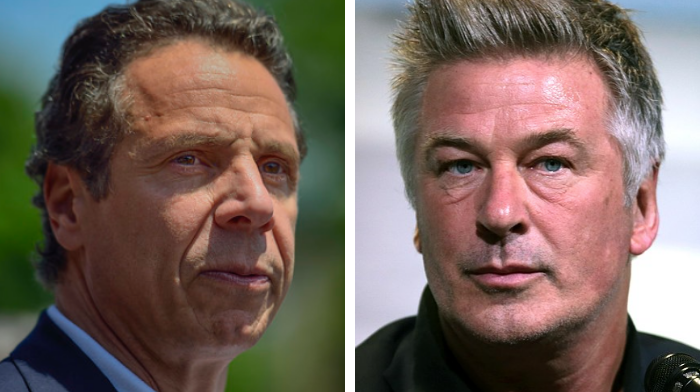 Actor and outspoken Hollywood liberal Alec Baldwin has said that if New York Governor Andrew Cuomo did in fact threaten state Assemblyman Ron Kim over the nursing home controversy, he should resign.

Kim accused Cuomo on Monday of “lying” to the New York state legislature regarding an investigation of the state’s nursing homes by the Department of Justice, with the governor claiming not to know about an investigation.

Kim had demanded an independent commission, the state’s attorney general, or the federal government conduct further investigation. But Kim said, “It took us almost two months before the governor decided to change.”

“In fact, a month later, at a press conference, he said he didn’t know about it,” Kim said. “He lied.”

“Just like he’s lying right now to today’s press conference about sending notices to the Assembly and Senate that we knew about the Department of Justice investigation,” Kim added. “We were not informed, we were not told there was an investigation in August.”

Cuomo in turn blasted Kim and his accusations, saying they were due to “a long and hostile relationship” between him and Kim.

Kim claimed that Cuomo had threatened him in private, implying the governor said he would harm Kim’s career if the Assemblyman refused to run interference for state officials involved in the coronavirus nursing home scandal.

Kim said, “He tried to pressure me to issue a statement, and it was a very traumatizing experience.”

Kim said Cuomo told him, “we’re in this business together, and we don’t cross certain lines.” Kim said their conversation became even more aggressive with Cuomo warning him that “I hadn’t seen his wrath, and that he can destroy me.”

“The bullying is nothing new,” de Blasio said on Thursday. “I believe Ron Kim, and it’s very, very sad.”

“No public servant, no person who’s telling the truth should be treated that way,” de Blasio continued.

“The threats, the belittling, the demand that someone change their statement right away — many, many times, I’ve heard that, and I know a lot of people in this state have heard that.”

With Mayor de Blasio coming down hard on Cuomo, it seems the walls are crumbling around the New York governor.

With Hollywood liberals also coming out against Cuomo, it is probably only a matter of time before he receives proper justice.

We Cannot Allow China To Engage In A COVID Coverup

Bears tightened their grip on the markets on Friday amid a global equity market rout. Benchmark indices tumbled over 3

‘Welcome Insurrectionists’ sign to be flown over CPAC by protester

Last year was weird, but I have high hopes that 2021 will be at least a little better than its predecessor.