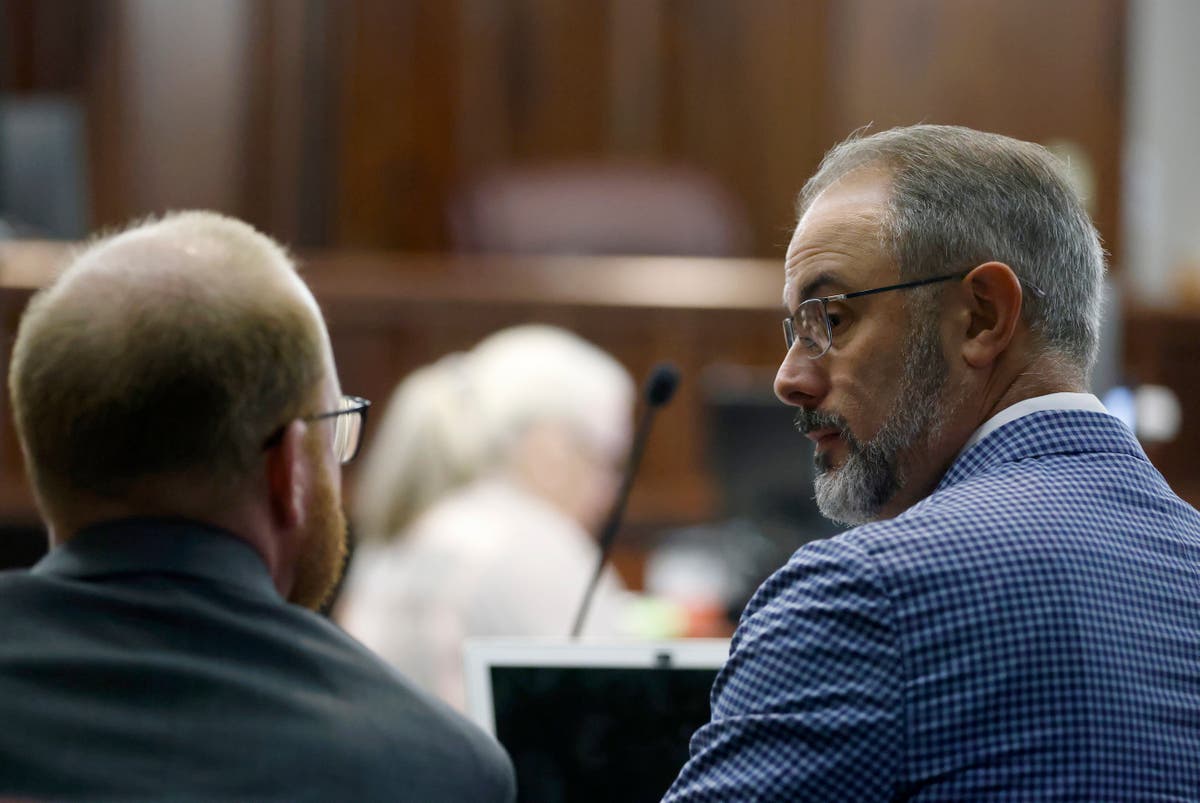 As the <a href="https://www.independent.co.uk/news/travis-mcmichael-georgia-bureau-of-investigation-black-b1961911.html”>Ahmaud Arbery murder trial comes to a close, a lawyer for one of the three white men accused of murdering the Black 25-year-old says his client was motivated by a sense of “duty.”

Travis McMichael, 35, his father Gregory McMichael, 65, and their neighbour, William “Roddie” Bryan, 52, have been charged with murder in the death of Mr Arbery, a 25-year-old jogger who was shot dead in Satilla Shores, Georgia in 2020.

In his closing argument, defence attorney Jason Sheffield said the younger Mr McMichael’s background in the US Coast Guard influenced his decisions that day.

“Travis McMichael spent almost a decade of his life learning about duty and responsibility,” Mr Sheffield told the jury. “For the first time in his life, Travis is now in those waters. He is now the one who needs help.”

Mr Sheffield said his client acted in self-defence, arguing that Mr Arbery grabbed Mr McMichael’s shotgun and could have used it against him.

The prosecution, meanwhile, took a very different view. In her closing argument, Senior Assistant District Attorney Linda Dunikoski told the jury that the defendants wrongly assumed Mr Arbery was a criminal, chased him down, and killed him without justification.

“This was an attack on Ahmaud Arbery,” Ms Dunikoski said. “They committed the crimes, they committed the four felonies, they attacked him, they shot and killed him. They can’t claim self-defence under the law, because they were the initial, unjustified aggressors, and they started this.”

The McMichaels and Mr Bryan have been charged with murder, false imprisonment, and aggravated assault.

Travis McMichael previously testified that he and his father had suspected Mr Arbery of stealing things in their neighbourhood, and tried to stop and question him while he was jogging. Ms Dunikoski said those actions were motivated by racism.

“They made their decision to attack Ahmaud Arbery in their driveways because he was a Black man running down the street,” she said, arguing that they shot him “not because he’s a threat to them, but because he wouldn’t stop and talk to them.”

After Sweden’s first female PM resigns on first day, here are five of the shortest terms in office

Why are white elites afraid of Black babies?