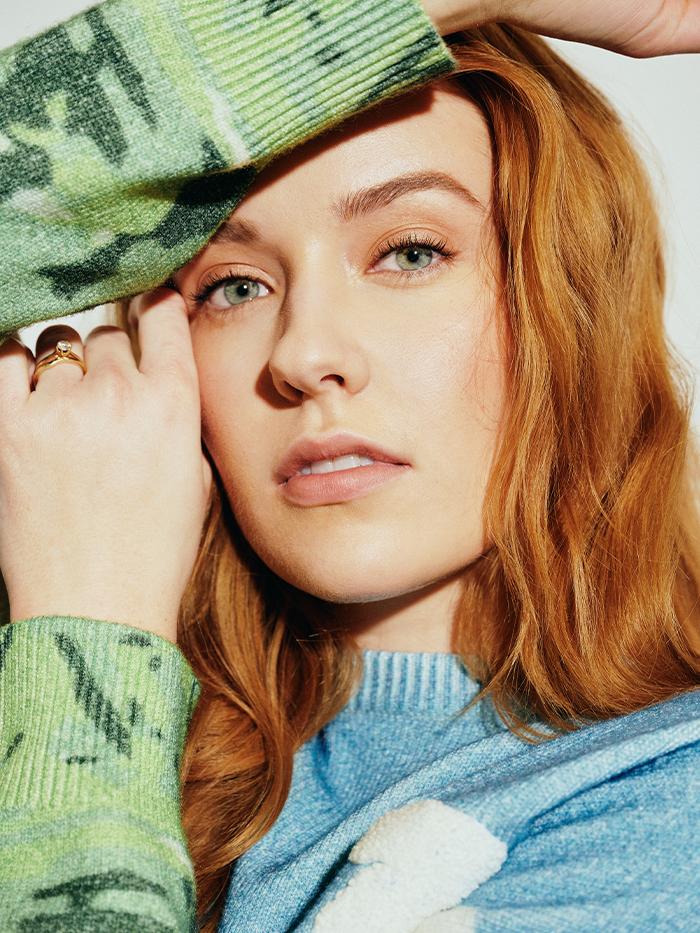 The series has been picked up for a third season. What do you hope to see for Nancy and the crew in the next chapter?

[Season two] is a huge time for Nancy to really work on confronting all of the things that happened to her in the first season and addressing a lot of the trauma that comes with finding out her heritage, dealing with her identity, coping with all of this new wild information about the supernatural, all the experiences that she and the crew have had, and the death of her mother. Nancy is a real shove-it-down-and-move-forward type of person, and I think this season, a big part of her journey is learning to unearth that and confront it and deal with it head-on. As we head into season three, she has addressed all of these things and knows herself a bit more and has learned what she really needs, so I think we will see her attacking that and going for it and moving forward with a clearer head. I think that will be a really beautiful experience because a lot of decisions she makes this season—and we’ll see as things move on—a lot of the decisions she makes are clouded by this lack of addressing the mental health aspect of all the things she’s experienced.

I have to ask you about your hair. Red hair is a big trend right now, especially with shows like WandaVision, The Queen’s Gambit, and of course Nancy Drew. Can you tell me a little about your gorgeous color?

I love that you brought this up because I really have been enjoying the trend myself. I went to Sally Hershberger in New York, and I worked with an incredible colorist, Kirsten Stuke, who created the color as it is now. That formula was then sent over to our team in Vancouver, and we have a colorist on the hair team, whose name is Glen, and he is incredible and has adopted the—I’m not super good with hair terms—but he has taken the formula for the color and infused it with different tones and different ways of applying it to keep my hair really healthy the whole time, which is wonderful. It has a lot of copper in it, which I really love because there is a nice warmth to it. In different lights, it can read as blonde, which is nice. It rides that nice line of staying very coppery, but it has some honey tones. I think that keeps the warmth to it and looks natural as opposed to dyed. I think I will keep this color for the rest of my life. I love it!

Let’s talk about the fashion on the show because there is so much to love. Tell me about building out the look for Nancy?

So this has been a very interesting journey. We’ve had four costume designers on the show up until this point. We had a costume designer on the pilot who really carved out very specific looks for these characters. And the idea was always to stick to the vintage inspiration. Nancy has always drawn from the ’70s and the ’30s. She draws from some other places too, but those two eras really make up a lot of the inspiration for her looks. Nancy has always had a reputation for being a bit of a fashionista alongside all of her crime solving. So we started off there, and then in the first season, we had a few different costume designers, and things were shifting a lot. I feel like we kind of lost our footing there for a while, but this season we started off with a new costume designer. She came over from Supernatural and has totally brought us back to the original intention along with so much more of her own inventiveness and has really carved out the style that all of these characters have. I am her biggest fan. She is incredible.

As the season goes on, you will see how amazing all of these outfits get, but what I think she has really honed in on for Nancy is a combination of masculinity, a bit of androgyny in some of her choices, but always a dash of femininity in there. Stuff that is practical because, you know, Nancy is a practical gal. She’s got stuff to do. But also stuff that looks thrifted and unique that has a special kind of feel to it. It feels very real to me.

There is also something that is really starting to emerge in this second half of the season where she almost rides the line of—and I see this popping up a lot right now, like everything Emma Chamberlain is wearing right now—there is almost this kitschiness that Nancy has started incorporating. It adds a sense of fun, which I think is coming out of the character and really hones back to those ’70s and ’30s time periods. We’ve also incorporated a neck scarf that has become Nancy’s signature accessory, which I am obsessed with. I feel like Audrey Hepburn in Roman Holiday. All I need is a Vespa. Also, we have the best jackets on our show. The jackets are the stars of the show.

7 Low-Cost, High-Quality Basics I Wear Over and Over