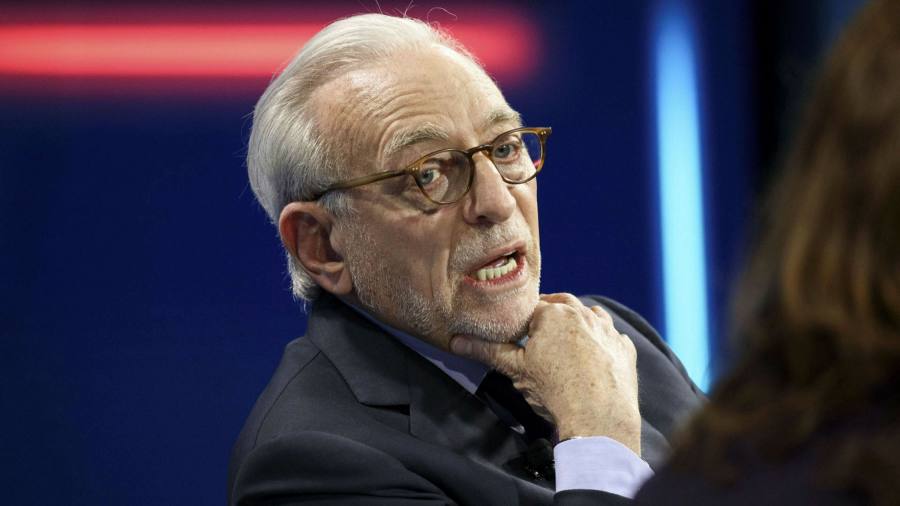 A London-listed fund linked to Nelson Peltz’s Trian Fund Management has come under pressure from a group of insurgent investors seeking to shake up its board “to improve governance and restore trust.”

Peltz, known for waging campaigns against the management of companies including consumer goods group Unilever and asset manager Janus Henderson, has found himself the target of investors demanding changes at his Trian Investors 1 fund.

A committee of investors — made up of asset managers Global Value Fund, Invesco, Janus Henderson Investors UK Limited and hedge fund Pelham Capital — has served notice to convene an extraordinary general meeting of its shareholders.

It is seeking the removal of board members Chris Sherwell, Simon Holden and Anita Rival, and the nomination of two new directors: Robert Legget, who would be independent, and Miles Staude, a portfolio manager of the Global Value Fund and representative of the committee.

The committee, along with Aegon Asset Management which has said it will back the proposals, controls 43.6 per cent of the fund’s voting share capital.

The participation of the Janus Henderson fund in the activist group puts the US asset manager in a delicate position since Peltz has been pushing for sweeping changes at the company and in February won a seat on its board.

The investors’ critique centres upon changes that were made to the company’s investment management arrangement with Trian at its AGM last June.

When Trian Investors 1 was listed in September 2018 it set out to invest into a single publicly listed target, work to improve the business and then exit the investment and return capital to shareholders. This model is similar to that employed by Edward Bramson’s activist vehicle, Sherborne Investors.

However last year, ahead of its AGM, the board of Trian Fund 1 proposed a series of changes to the investment policy that the committee believes would financially benefit the manager. Crucially, these changes would allow it to own multiple investments simultaneously, and instead of returning all capital and profits to shareholders after exiting an investment, the manager could reinvest them.

The committee believes that the board should have sounded out independent shareholders to see if the changes to the investment policy were supported. The change of investment policy was passed in a vote of 52 per cent against 48 per cent last June. Trian and the company’s financial adviser Jefferies between them owned 28.6 per cent of the company at the time of the AGM, and they voted in favour of the changes.

The committee of investors has also raised concern over whether its fees structure is appropriate. Since the IPO, it calculates that the combined returns to shareholders has been £57.6mn, and the manager has received £56.8mn in performance and management fees.

The move at Trian’s listed vehicle follows a 10-month public battle between a group of British shareholders and the New York-based activist billionaire Dan Loeb over policies to control the discount at the London-listed investment trust that serves as a feeder fund for Loeb’s main Third Point hedge fund.

Trian and Jefferies did not immediately respond to a request for comment.