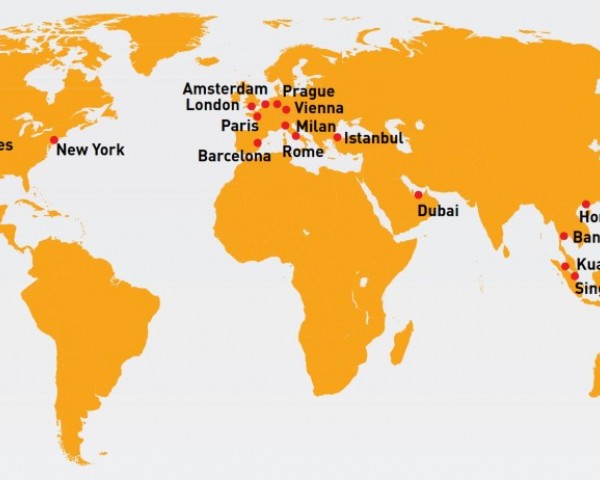 London has retained its position as the top-ranked international travel destination for the fifth time in seven years, according to the annual MasterCard Global Destinations Cities Index released today.

Driven by insights into travel patterns, the Global Destinations Cities Index provides a ranking of the 132 most visited cities around the world. More than just a travel tracker, the Index delivers deeper understanding of how people move around the world and speaks to the importance and prominence of the world’s cities as homes, destinations and engines of growth.

According to the study, London is projected to receive 18.82 million international visitors in 2015, just slightly ahead of second-ranked Bangkok. The two cities have topped the Index throughout its five-year history. Forecasted overnight visitors to the rest of the top 10 cities includ2015_MC_GDCI_OnePagers_Overviewe:

“MasterCard understands the importance of cities around the world both for travelers and those who live there,” said Ann Cairns, president of International Markets, MasterCard. “This year’s study helps us understand just how interconnected the world’s cities are the significant role they play in connecting and empowering greater numbers of people than ever before.”

Intellectual Insights: Understanding What Drives Global Cities
In 2015, it is expected that nearly 383 million overnight trips will be made by international visitors between the Index’s 132 cities, representing a massive demand for goods, services and experiences as they spend at total of US$360 billion during their visits.

According to the UN report on World Urbanization Prospects, two-thirds of the world’s population will live in cities by 2050. By forecasting the number of international overnight travelers, the Global Destination Cities Index shows the infrastructure needed to meet the expectations of both locals and visitors.

Businesses and governments can use the insights from the study to identify those areas – from transit to cultural experiences to infrastructure – in which investment is needed for continued growth, innovation and sustainability.

“This index is just the beginning. Through a powerful combination of insights, innovation and experiences, MasterCard is partnering to help build the smart cities of the future,” said Cairns.

Destination Cities: Spotting the Trends
Across the globe, a few key trends stand out, including:

The MasterCard Index of Global Destination Cities ranks cities in terms of the number of their total international overnight visitor arrivals and the cross-border spending by these same visitors in the destination cities, and gives visitor and passenger growth forecasts for 2015.

Public data is used in deriving the international overnight visitor arrivals and their cross-border spending in each of the 132 destination cities, using custom-made algorithms; paying special attention to eliminate the hub effects for destination cities such as Singapore, Dubai, Amsterdam and Frankfurt.

This Index and the accompanying reports are not based on MasterCard volumes or transactional data.

JULY 2022: VENICE TO TEST THE BOOKING OBLIGATION FOR TOURISTS

A JOINT COMMUNICATION OF UNWTO, WTO, ITC AND WTTC

The first confirmed case of monkeypox has been identified in Ireland, the Health Service Executive (HSE) has said. The infection

Kim Kardashian has issued a lengthy and heartfelt statement in response to this week’s tragedy in Texas. On Tuesday, an

May 28, 2022 PeakNews 0
We use cookies on our website to give you the most relevant experience by remembering your preferences and repeat visits. By clicking “Accept”, you consent to the use of ALL the cookies.
Do not sell my personal information.
Cookie settingsACCEPT
Manage consent