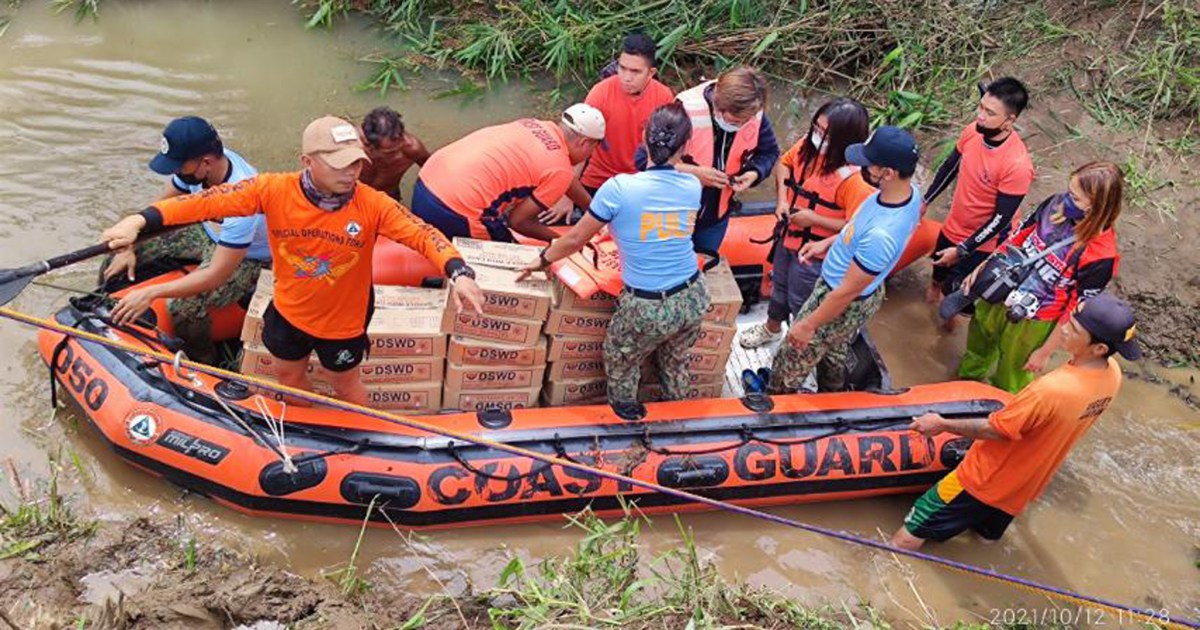 A tropical storm has set off landslides and flash floods as it barreled over the tip of the northern Philippines, leaving at least 11 people dead and seven missing.

More than 6,500 villagers have been evacuated from homes in several towns and cities swamped by floods and battered by pounding rains and wind that toppled trees and knocked out power supplies.

Six villagers died in landslides that hit their houses in the northern mountain province of Benguet and three others are still missing.

A security guard was swept away by strong waves while inspecting a seaport and drowned in Claveria, Cagayan, disaster response officials said.

In western Palawan province, four people died and four others went missing in flash floods in Narra, which was drenched by monsoon rains enhanced by the storm.

About 20 storms and typhoons each year lash the Philippines, which also lies in the so-called Pacific “Ring of Fire”, a region often hit by earthquakes and volcanic eruptions, making the Southeast Asian archipelago one of the most disaster-prone in the world.