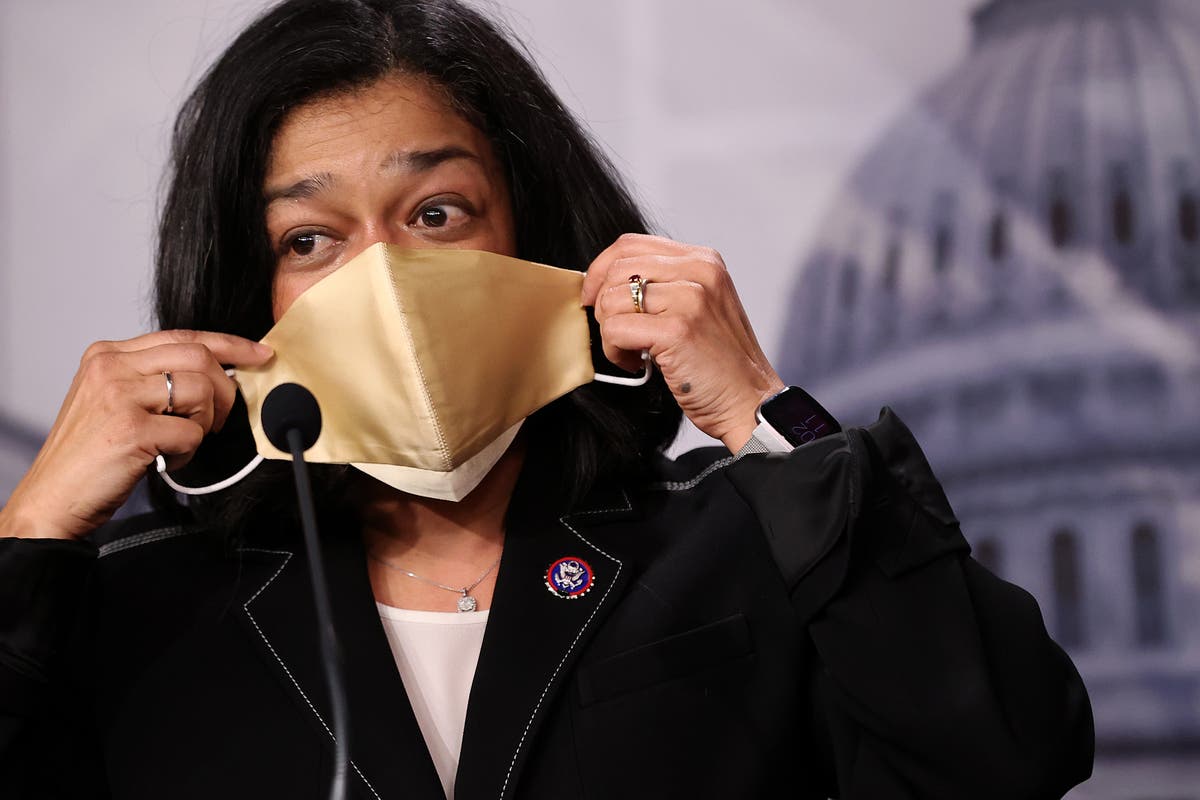 At least 10 Democratic members of Congress have joined a lawsuit against Donald Trump for his role in the January 6 riot at the US Capitol.

Three months after hundreds of supporters of the then president stormed the Capitol building in an effort to “stop the steal” and prevent the election Joe Biden being certified, close to a dozen members of the House of Representatives who were there have joined the legal action against Mr Trump.

“There is no question that the mob’s unlawful actions — their brutal, anti-Democratic attack against the very seat of our democracy — interfered with my ability to exercise my constitutional responsibility of certifying the 2020 presidential election,“ House Judiciary Committee Chairman Jerry Nadler said in a statement.

“This violence was anything but spontaneous; it was the direct result of a conspiracy to incite a riot, instigated by President Trump, Rudolph Giuliani, the Proud Boys and the Oath Keepers.”

The lawsuit was initially filed against Mr Trump, his personal lawyer Rudy Giuliani, and two far-right extremist groups, the OathKeepers and the Proud Boys, in February. The legal action was spearheaded by Mississippi congressman Bennie Thompson, and the NAACP, one of the nation’s oldest civil rights groups.

But CBS News reported that since the suit was filed, more Democrats who were in the lower chamber that day as a Joint Session of Congress was due to ratify Mr Biden’s electoral college vote tally, have added their names, to the action.

It said the lawsuit accuses Mr Trump and Mr Mr Giuliani of violating the Ku Klux Klan Act, an 1871 law prohibiting two or more people from conspiring to “prevent, by force, intimidation or threat” any office-holder from performing their official duties.

“On and before January 6, 2021, the Defendants Donald J Trump, Rudolph W Giuliani, Proud Boys, and Oath Keepers conspired to incite an assembled crowd to march upon and enter the Capitol of the United States for the common purpose of disrupting, by the use of force, intimidation and threat, the approval by Congress of the count of votes cast by members of the Electoral College as required by Article II, Section 1 of the United States Constitution,” says the suit.

“In doing so, the defendants each intended to prevent, and ultimately delayed, members of Congress from discharging their duty commanded by the United States Constitution to approve the results of the Electoral College in order to elect the next President and Vice President of the United States.”

Separately, congressman Eric Swalwell, a Democrat from California, is also suing the former president and Mr Giuliani in federal court for conspiring to interfere with lawmakers’ counting of electoral votes, negligence, incitement to riot.

The rioting at the US Capitol, in which five people lost their lives, among them a US Capitol Police officer, followed a speech that morning by Mr Trump, who was seeking to reject and overturn the election results. He and Mr Giuliani both spoke to the crowd of the former president’s supporters.

The former New York City major called for “trial by combat” when he addressed the crowd. Meanwhile Mr Trump, while urging supporters to peacefully show their discontent over an election he falsely claimed was rigged, said people would need to “fight like hell” to keep their country.

Mr Trump was subsequently impeached by the House for inciting a riot, though the Senate did not convict him. He and his supporter have also denied he did anything wrong. Several hundred people have been arrested and charged over the attack.

The updated lawsuit now includes personal testimony from the Democratic politician, many of who ran for their lives or else were forced to shelter in place as hundreds stormed the building, causing damage and attacking police officers.

In her statement, Ms Jayapapal said she had been recovering from surgery was walking with a cane when the building was besieged. She sent out a text saying: “Police have been breached. Chaos is going to break out and violence too.”

Hunter Biden opens up on affair with brother’s widow: ‘It came out of overwhelming grief’

US defence chief in Israel amid Iran nuclear talks